UHCL Health Alert: All campus operations will continue online, and access to campus will be limited to only essential personnel through April 30.   Coronavirus (COVID-19) Updates , Give to the Hawk Emergency Fund 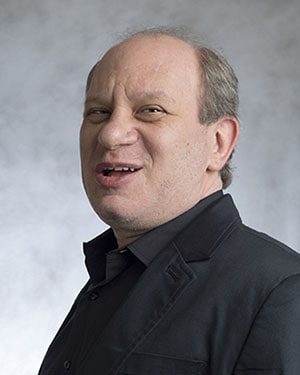 Associate Professor of Humanities,
College of Human Sciences and Humanities

Daniel Silvermintz is Associate Professor of Philosophy and Humanities at the University of Houston-Clear Lake. He has previously held research positions as a Visiting Scholar in the Critical Theory Institute at the University of California-Irvine and at the Institute for Classical Studies at the University of London. His innovative teaching has been recognized as the 2009 recipient of the Jerry G. Gaff Teaching Award from the Association for General and Liberal Studies and as the 2017 recipient of the UHCL President’s Distinguished Teaching Award. In the 2017-2018 academic year, he was honored as a University Faculty Fellow and as UHCL Professor of the Year. Professor Silvermintz’s scholarship focuses on Ancient Philosophy and the History of Political Economy. His publications have appeared in Polis, Teaching Philosophy, Classical World, Metaphilosophy, Omnibus, Yale Economic Review, Ancient World,and History of Political Economy. His book on the founder of the sophistic movement, Protagoras: Ancients in Action,was published by Bloomsbury Academic in 2016. His latest book investigates economic themes in Plato’s Republic.