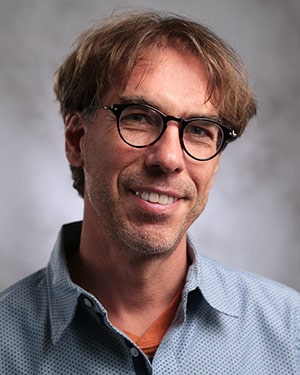 Associate Professor of Communication and Digital Media,
College of Human Sciences and Humanities

Michael Brims teaches Video Production and related subjects, such as Documentary Filmmaking, Studio-Based Video Production, Video Art and Digital Storytelling. He is an award-winning documentary filmmaker, focusing on environmental issues and cultural history. His films have been screened in numerous film festivals all around the world and have been accepted as classroom teaching tools by many universities, among them Yale, Brown, NYU, Tulane, and The University of California System, to mention just a few. He is also an active video artist, exploring the subtleties of human perception.