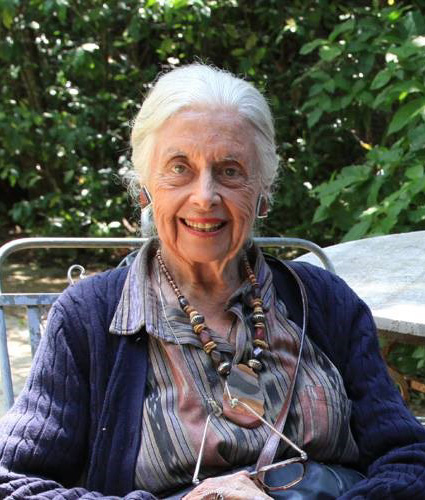 The Environmental Institute of Houston is deeply saddened to hear of the passing of Terry Hershey on Thursday, January 19, 2017. The Bayou Preservation Association, founded by Hershey, released the following statement:

The Bayou Preservation Association is saddened to relay that our founder, Terry Hershey, has passed.

Terry brought an environmental awareness to Houston and was the catalyst for such a movement when it was needed the most. Terry always bowed from the limelight. She often said her legacy was to get the right people together to do the right thing. That she did.

Terry was a native Texan who's homegrown tenacity and selfless service was her drawing card. Terry loved the environment. The "critters" along the bayous, as she called them, often frequented her home to get a handout and were never disappointed. There once was a time when Terry had her patio door slightly open and a raccoon came walking in the door as if at home. It was.

There will never be another Terry Hershey, but there are many people who will agree that we are all better people for having known her. She will forever be missed by the people she touched.