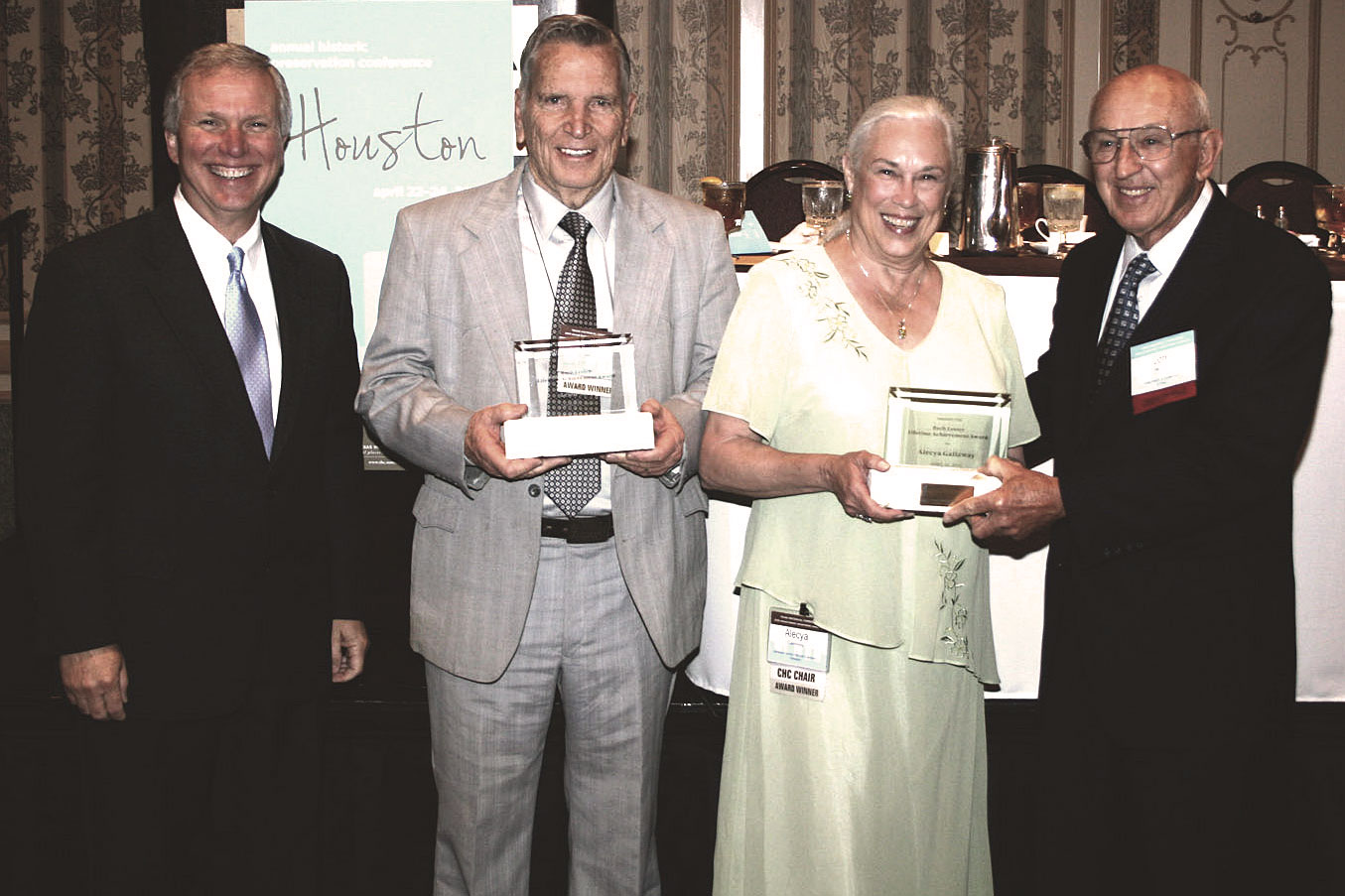 Environmental Institute of Houston historian Alecya Gallaway was awarded the Ruth Lester Lifetime Achievement award by the Texas Historical Commission. Gallaway was recognized by the commission at the annual conference on April 23, 2010, in Houston, Texas. The award, named in honor of pioneering Texas preservationist Ruth Lester, is given to an individual who has made a significant contribution to historic preservation in Texas.