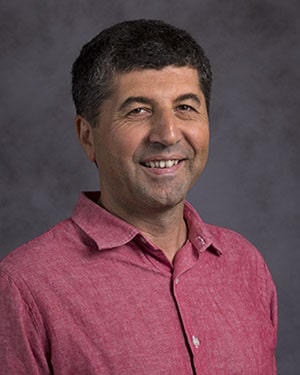 Cengiz Sisman, Ph.D., majored in psychology at Bogazici University in Istanbul and earned his Master of Arts in Islamic and Jewish studies at Temple University. He earned another M.A. in history and Middle Eastern studies at Harvard University, where he also completed his dissertation, entitled "A Jewish Messiah in the Ottoman Court: Sabbatai Sevi and the Emergence of a Judeo-Islamic Community," (1666-1720).

Since the fall of 2015, Dr. Sisman has been serving as a professor of history at University of Houston-Clear Lake. His book, "The Burden of Silence: Sabbatai Sevi and the Evolution of the Ottoman-Turkish Donmes," was published by Oxford University Press in September 2015. Since its publication, it has received a great deal of attention and has been translated into Turkish. It has been positively reviewed more than 20 times in English, Hebrew and Turkish academic venues such as the Times Literary Supplement. His interview with Ottoman History Podcast on his book was listened to more than 12,000 times and selected as the best podcast in 2017.

Currently, Dr. Sisman is working on his new book project, tentatively entitled "No One Came Near Me': British and American Missionary Activities among the Ottoman/Oriental Jews." His work is connected by his deep interest in the history of religions, religious conversion, irreligion, messianism, mysticism, crypto identities, and religion and modernity. Currently he is teaching undergraduate and graduate courses on world history, Islamic empires, Jews and Christians of the Islamic Lands, and the modern Middle East.