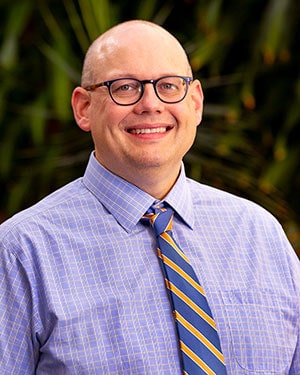 Jeremy Piercy is a cultural and social historian focusing on early European history. Before joining the History Program at UHCL, he was a visiting assistant professor at the College of Charleston and a one-year lecturer of history and heritage at the University of Lincoln (UK). He also taught at the University of Edinburgh while completing his Ph.D. Dr. Piercy has published articles in "Medieval Prosopography," and his first book, "The Moneyers of England, 973–1086: Labour Organisation in Late Anglo-Saxon and Early Anglo-Norman English Mints (Oxford: BAR British Series)," was published in September 2019.

Dr. Piercy’s research looks into the socio-economic development of Early Medieval Europe, most specifically at English economic structures, primarily through the lens of name studies and material culture. His other interests include cultural exchange, the Vikings, numismatics, disease and death in the pre-modern world, medievalism, and historical linguistics. His next project challenges longstanding views on the linguistic development of personal naming patterns in Pre-Conquest England through the examination of witness lists on charters as compared with occupational documentation and familial structures.

Dr. Piercy teaches courses on the Ancient World, Medieval Europe, and early world civilizations in the fall. In the spring of 2022, he will be teaching a graduate course on the Vikings as well as additional undergraduate courses on early European history.