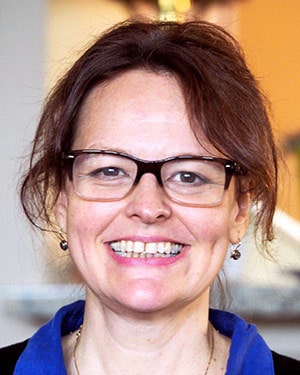 Barbara Hales, Ph.D. is a professor of history. She holds a M.A. in History from Cambridge University, England, as well as a M.A. in German Studies from the University of Arizona. She received her doctorate from the University of Arizona in comparative cultural and literary studies, with a dissertation entitled "Dark Mirror: Constructions of the Criminal Femme Fatale in Weimar Film and Hollywood Film Noir."
She has received research grants from the Deutscher Akademischer Austauschdienst. Her publications focus on film history, cultural studies, and intellectual history of the Weimar Republic. Her current research interests include women and the occult in Weimar, Germany, early Weimar film, and representations of the Holocaust in cinema.