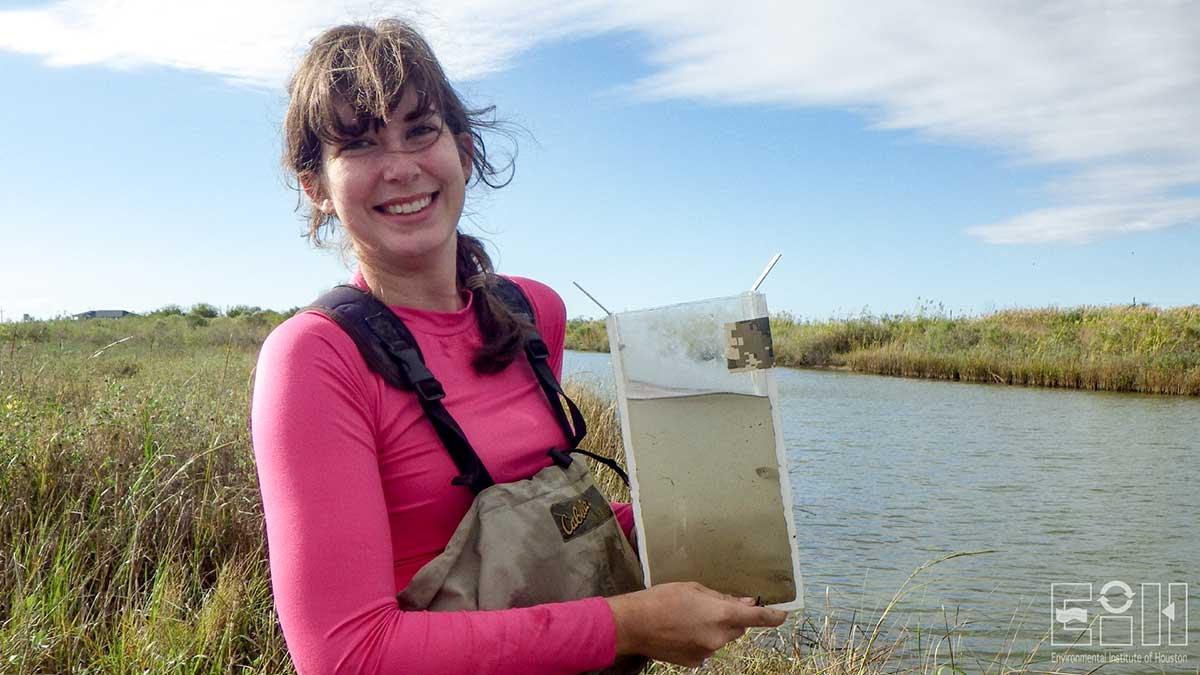 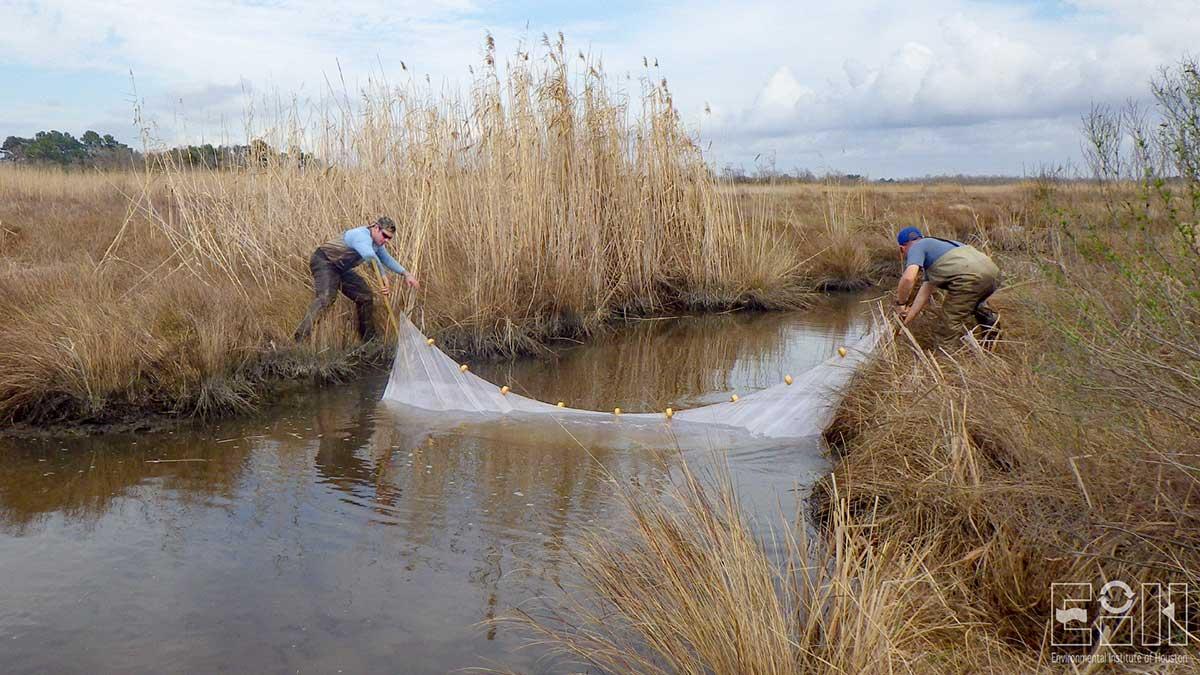 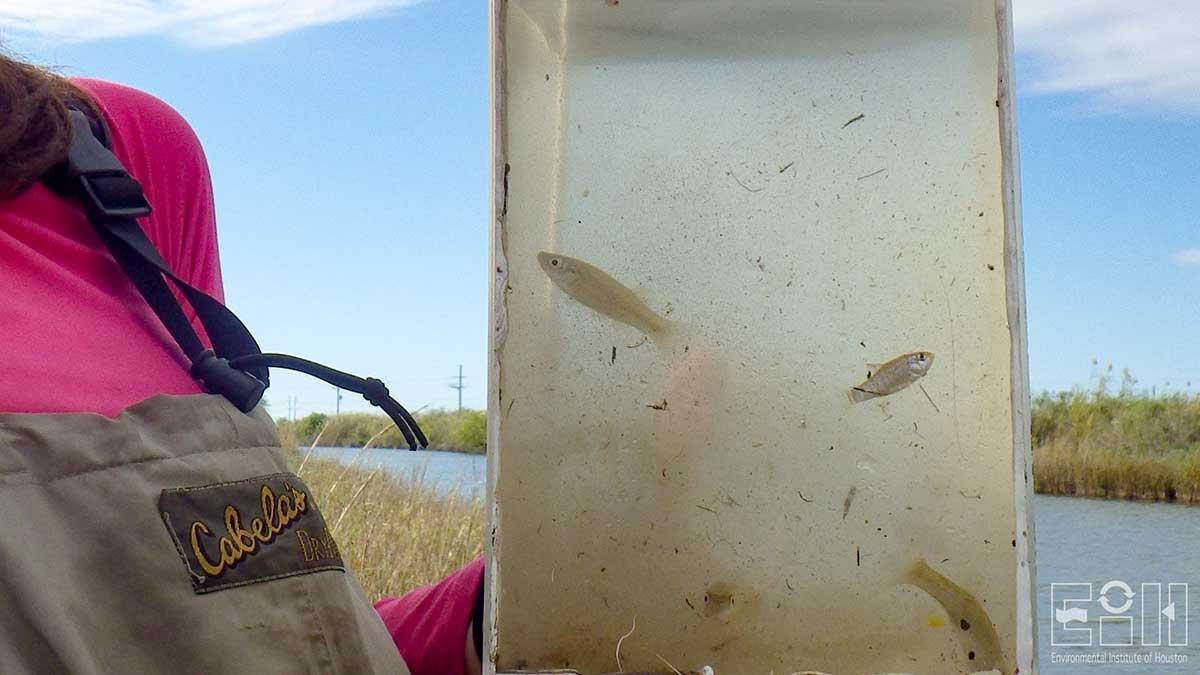 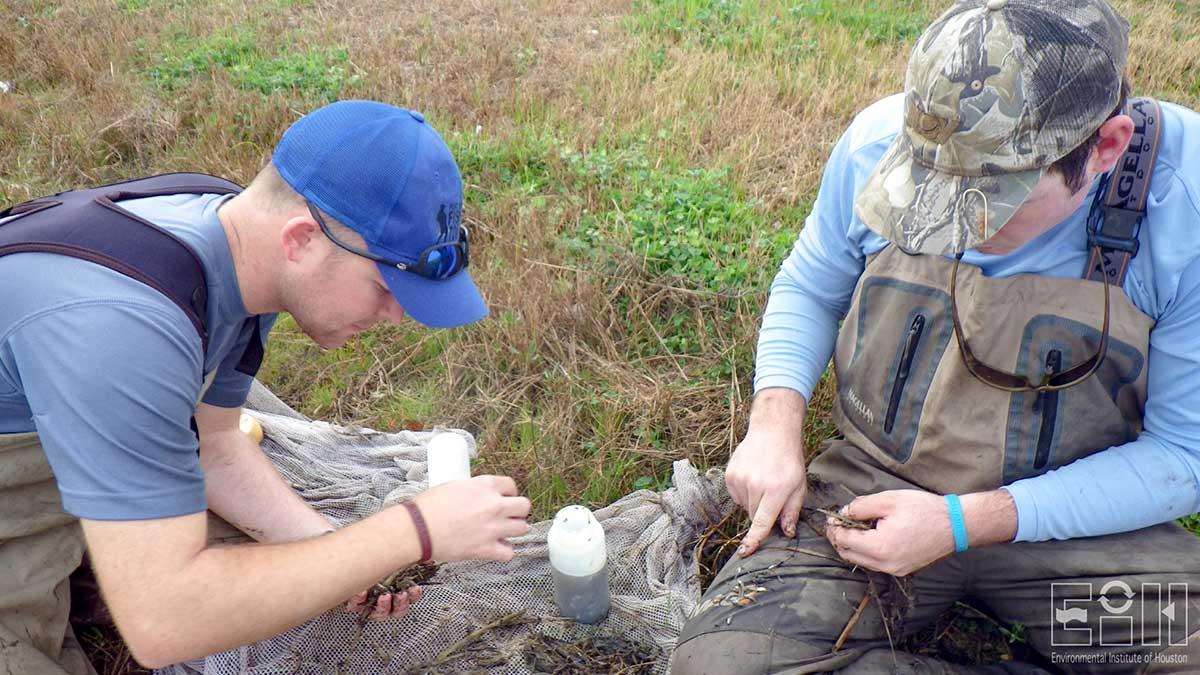 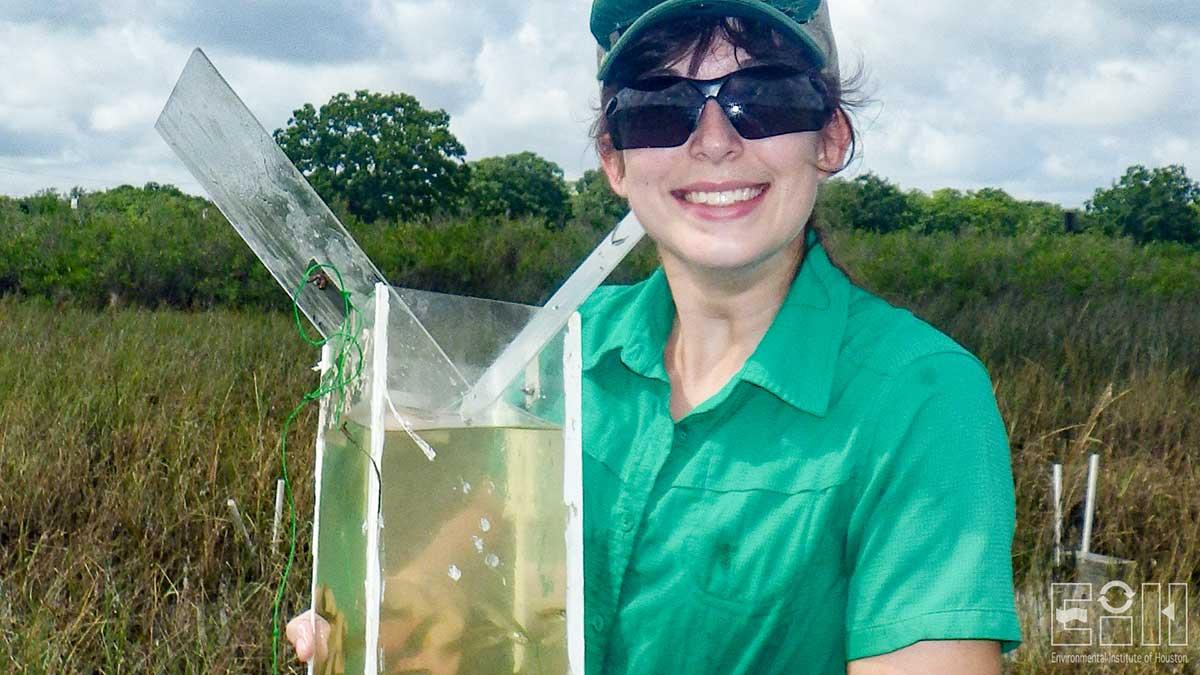 The major objectives of this study are 1) to develop estimates of local population abundance and density of saltmarsh topminnow in Galveston Bay, Texas; 2) to estimate various demographic and population parameters including relative age, size, sex distributions and somatic growth, total and natural mortality and birth rates; and 3) to evaluate habitat preferences including physical and water quality attributes.

The saltmarsh topminnow occurs sporadically in marsh habitat along the coast of the Gulf of Mexico, from Galveston Bay, Texas, to Escambia Bay, Fla. (Peterson et al. 2003). This species occurs in very small populations or is simply absent from the reports of most fish studies of the northern Gulf of Mexico. The Galveston Bay population represents the most eastern extent of the range of this species and is separated from the next recorded instance of this species which is in central Louisiana. Recent research confirms that there is a direct link between Fundulus jenkinsi abundance and coastal saltmarsh habitat embedded within a reduced range of estuarine salinity (Lopez et al. 2010). Coastal development, levee and canal construction, pollution, and other threats can cumulatively imperil saltmarsh habitat and, consequently, this fish.

This species was last listed as a species of concern by the National Oceanic and Atmospheric Administration (NOAA) (2011). The U.S. Fish and Wildlife Service (USFWS) and National Marine Fisheries Service received a petition from WildEarth Guardians and Sarah Felsen in 2010 to list the saltmarsh topminnow as threatened or endangered under the Endangered Species Act (ESA) and to list the species under the emergency listing provisions of the ESA owing to perceived threats from the Deepwater Horizon oil spill. A petition to list this species was issued in August 2011 (Federal Register / Vol. 76, No. 154 / Wednesday, August 10, 2011 / Proposed Rules). After reviewing the information contained in the petition, as well as information readily available in their files, NOAA and USFWS concluded the petition presented substantial scientific information indicating the petitioned action of listing the saltmarsh topminnow as threatened or endangered may be warranted. Therefore, the USFWS was to commence a review of the status of the species and make a determination within 12 months of receiving the petition as to whether the petitioned listing is warranted. Management of this species was transferred to the USFWS on September 2011 and removed from the NOAA species of concern list (Lecky NOAA Memo, September 2011).

Based on past studies the saltmarsh topminnow has a preference for low to moderate salinity saltmarsh environments, which in many locations is receding due to coastal erosion and sea level rise (subsidence + actual rise) (Peterson et al. 2003). Given this species' limited range in Texas and the recent projections of urban development, land subsidence and sea level rise (SLAMM model for Galveston Bay), it is important that we document the occurrence of this species in the bay and carefully delineate habitat requirements of this species. Past studies have detected the presence of this species in West Bay, Trinity Bay and the western portion of Galveston Bay (Hoese and Moore 1998; USGS 2011). However, it has not been recorded in other portions of the bay or in Sabine Lake. Although we will verify this, we also believe the current TPWD coastal fisheries monitoring program most likely under samples or cannot capture this species because it is found closely associated with mid to low salinity wetlands and tidal creeks which are not included in the current sampling frame due to gear limitations. Additionally, genetic studies are needed to evaluate the uniqueness of this isolated population from the major center of distribution for this species in eastern Louisiana to Alabama.

Robertson, J., Curtis, S., Oakley, J., and Guillen, G. 2016. Where them fish at? An overview of the population and habitat characteristics of the saltmarsh topminnow (Fundulus jenkinsi) in Galveston Bay and Sabine Lake, TX. State of the Bay Symposium, Galveston, TX. Presentation.