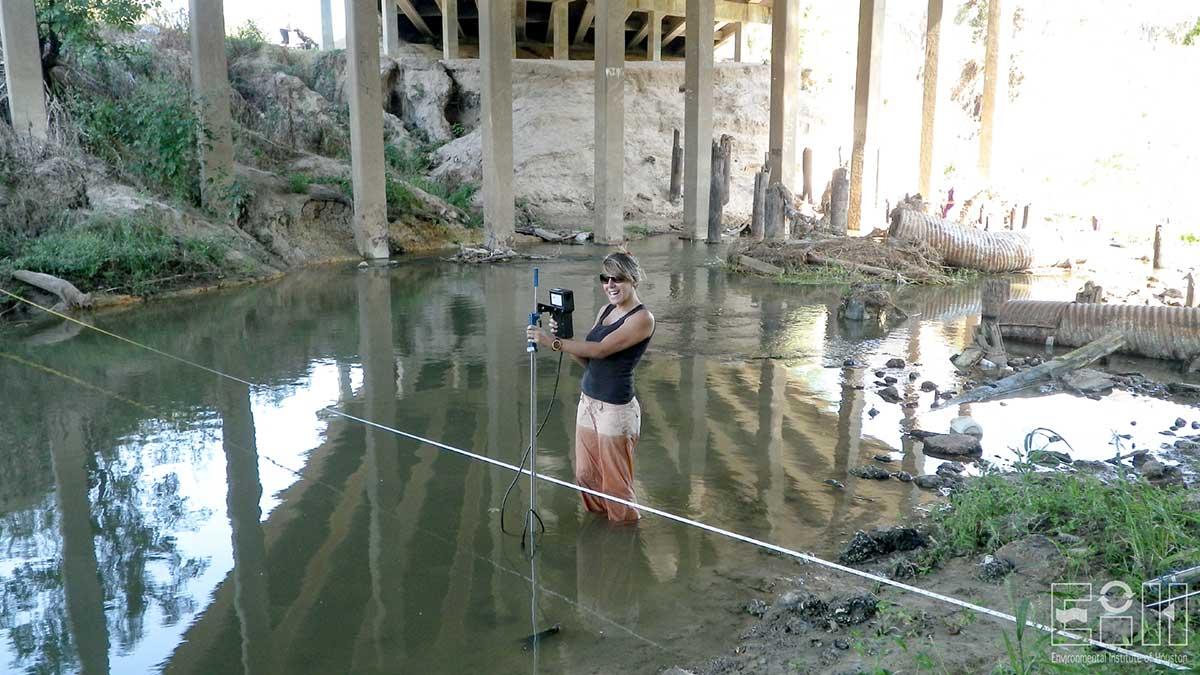 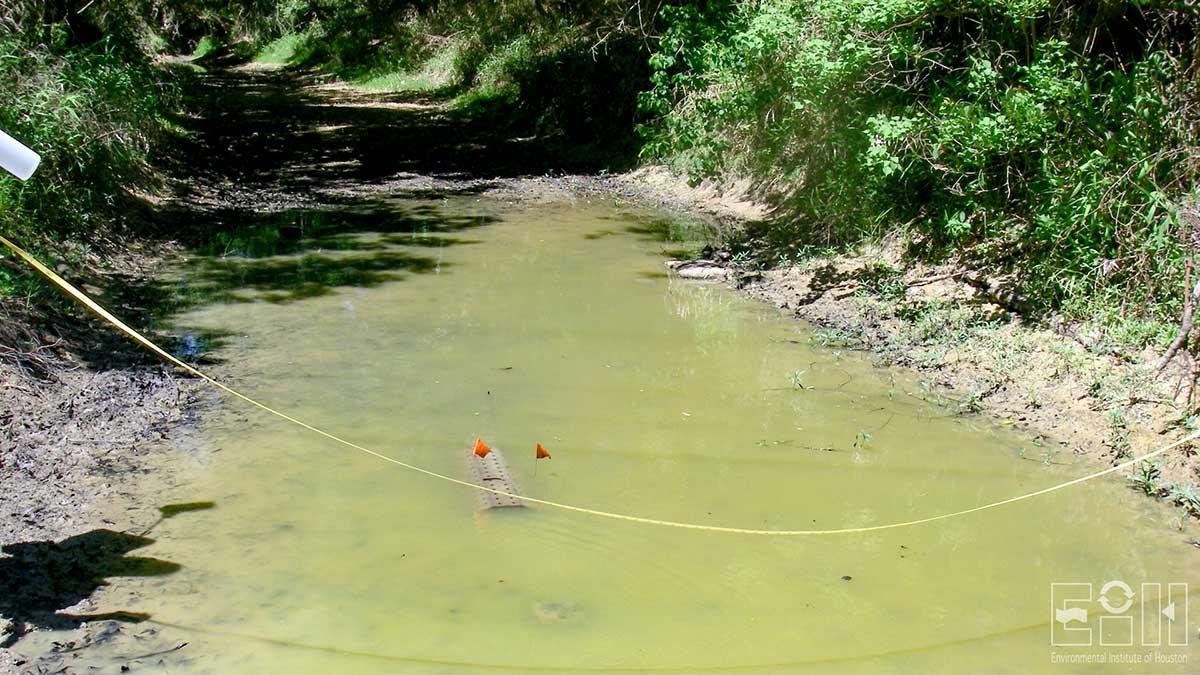 The objective of this study is to characterize ambient turbidity levels existing in streams, rivers and bayous within and adjacent to Harris County.

Harris County and adjacent counties are experiencing increased construction activities associated with new and ongoing residential and industrial development. Stormwater detention ponds and structures have been required in many of these areas to reduce flood risks associated with increased stormwater runoff caused by the increasing amounts of impermeable surfaces associated with urbanization. The immediate construction activities and resulting higher amount of impermeable surfaces associated with new streets and structures can generate excessive amounts of fine sediments which are transported by stormwater runoff. These discharges can increase the amount of suspended solids in receiving streams. This increase in sediment load can increase turbidity leading to potential negative effects, including excessive downstream sedimentation, shading of aquatic plants and reduced survival of stream fish and benthic organisms.

In anticipation of the potential future changes to stormwater effluent limits, the Harris County Flood Control District (HCFCD) partnered with the UHCL Environmental Institute of Houston to: 1) conduct a review of existing scientific literature and local and regional data; 2) conduct new field studies to examine ambient levels of turbidity as measured by various methods; and 3) to develop a comprehensive database of recent data (<10 years) within the region. By reviewing available data, predictive relationships were developed between Secchi depth, TSS, and NTU values. New, additional data was collected in order to evaluate the potential ranges of turbidity as measured by NTU under a varying flow regime. Finally estimates of sediment loading using suspended solids concentration (SSC) measurements were compared to flow regimes and land use to gain a better understanding of how these two factors affect turbidity in urban streams. This new information will be useful to water quality managers and the regulatory community charged with the responsibility of governing sediments, turbidity, and other related issues.

Empirical levels of NTU observed in this study and others show that turbidity levels can be highly variable and elevated immediately after storm flows and/or when bottom sediment is disturbed. Land use and the type of soils influence the various measures of turbidity with high amounts of impervious surface influencing the amount of runoff, streamflow and associated measures of turbidity. This recognized pattern was not consistent in this study. This may be due to the non-linear response associated with sediment transport in streams. In order to evaluate the role of the hydrological sequence of flood pulses on sediment mobilization, we recommend a closer examination of individual hydrographs, and analyzing not only the relationship of absolute streamflow versus turbidity, but also evaluating the rate of change (+ or – delta change in flow) in flow and how it influences sediment transport. Past literature has documented that stormflow hydrographs are frequently characterized by higher suspended sediment concentrations during the rising limb than the falling limb, referred to as a type-1 hysteresis loop.

The proposed 280 NTU standard (withdrawn by EPA), would have been below ambient levels of turbidity in Harris County streams during stormflows and, depending on the watershed, may be close to some ambient base flow conditions. Therefore, in these situations, an effluent limitation close to the 280 NTU value may be difficult to attain given the clay soils present in many of the watersheds found in Harris County and the historically high turbidity levels (>300 NTU) encountered in at least 10% of the monitoring events as documented by this study.