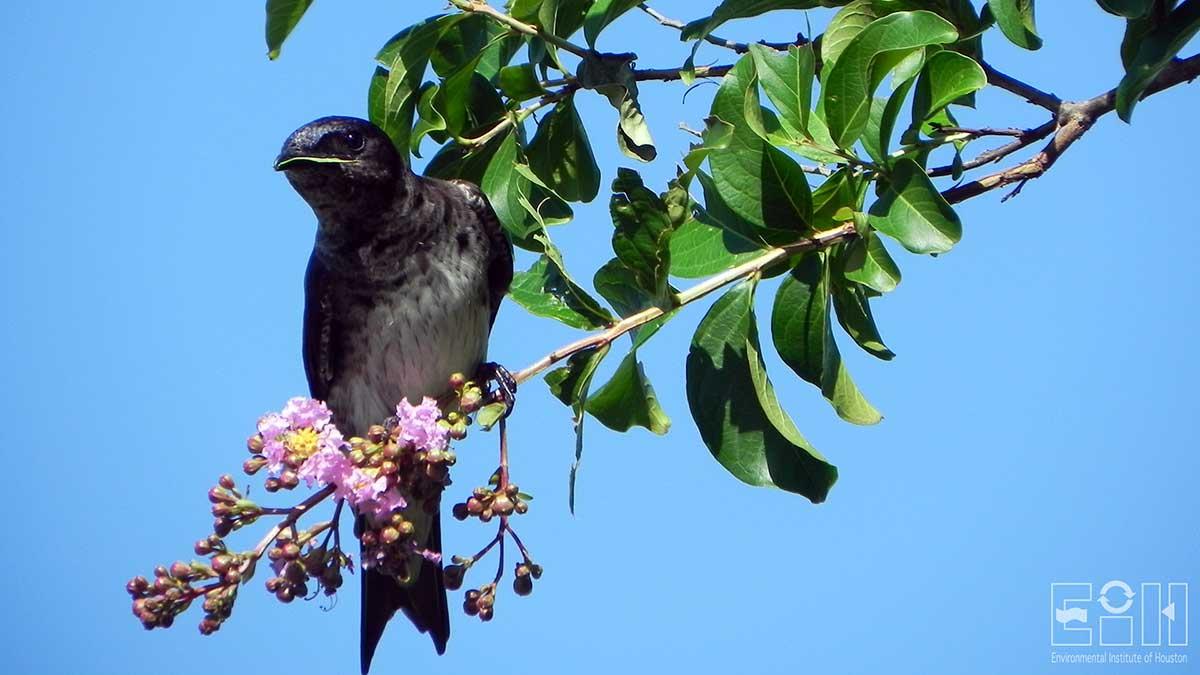 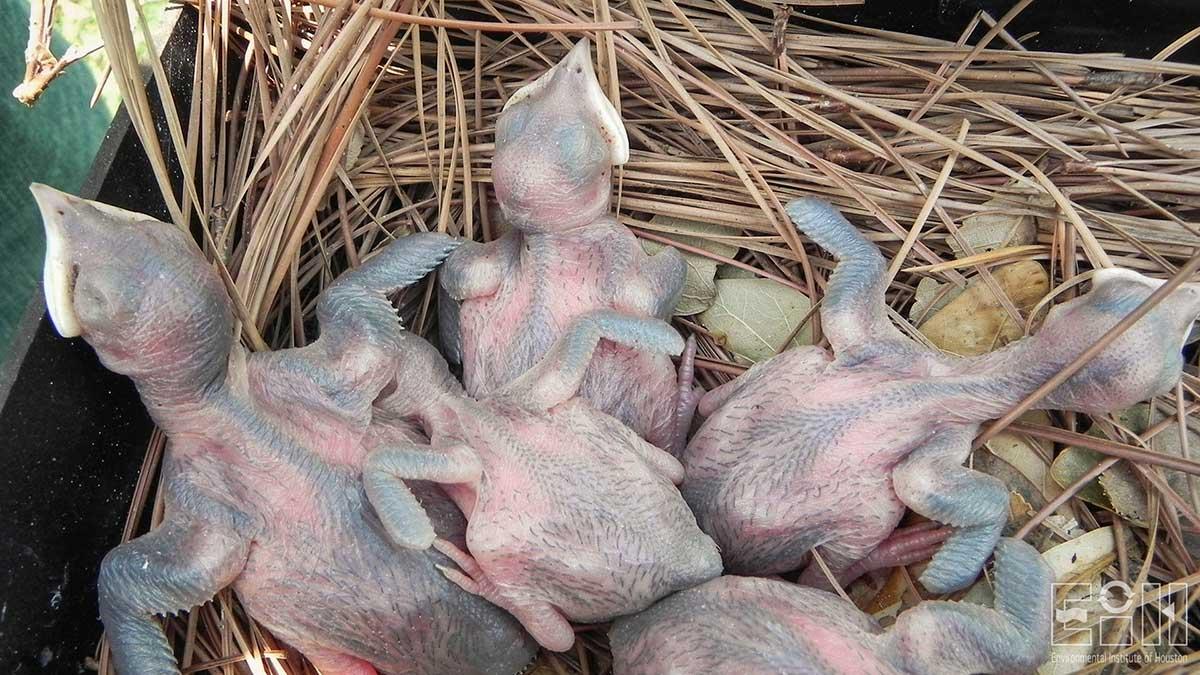 Our purple martins have returned to South America for the winter. We expect them to begin arriving at EIH in February 2022.

The purple martins (Progne subis) is North America’s largest swallow. It eats insects as it flies, but will also eat them when perched. These swallows are sexually dimorphic, meaning the males and females look different. Males are glossy dark purple, whereas females are lighter in color with grey under parts.

Purple martins have been nesting on the UHCL campus since 2008. They arrive from their home in South America in mid-February to early March.