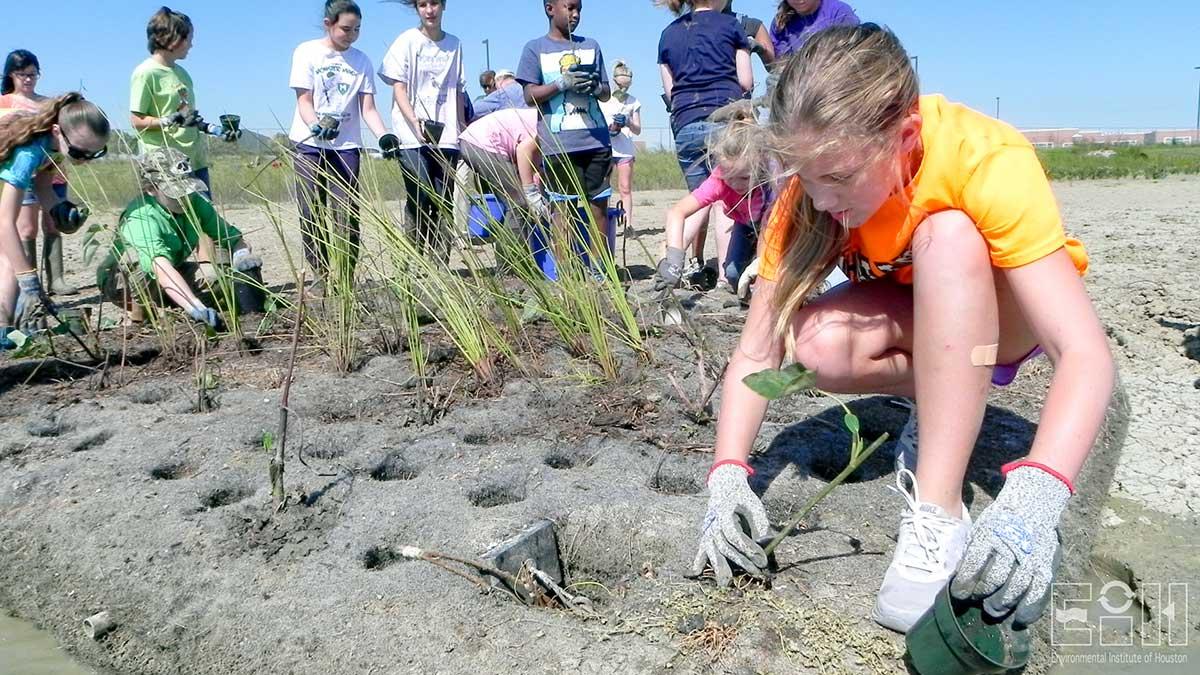 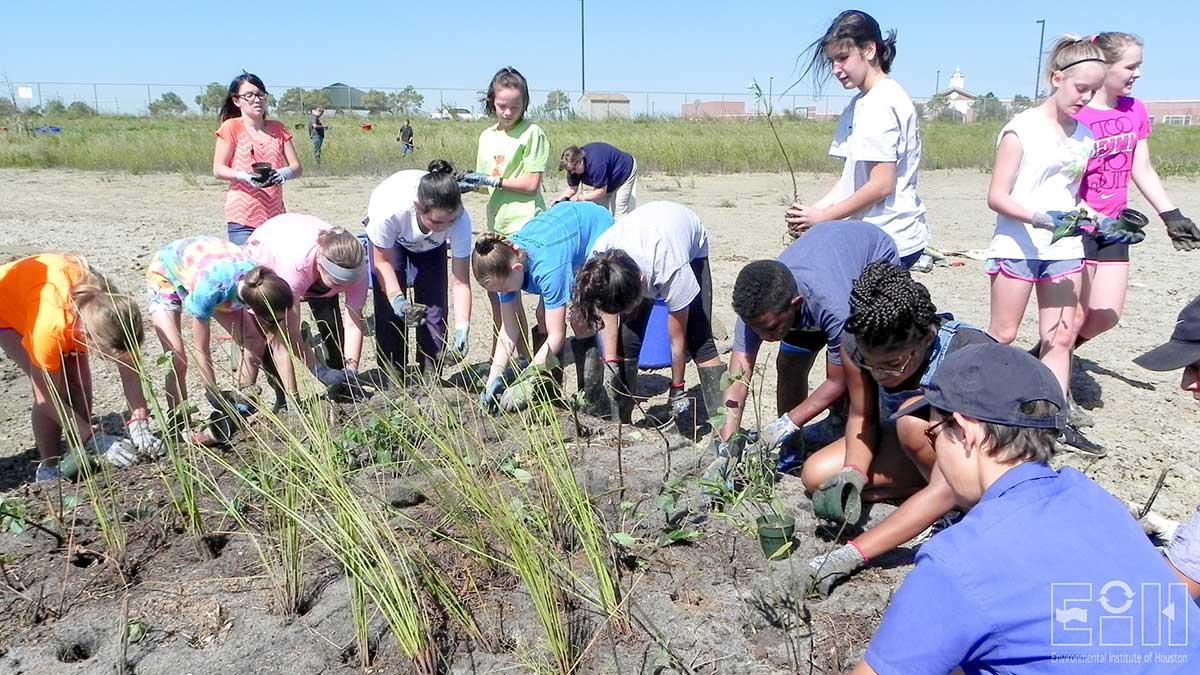 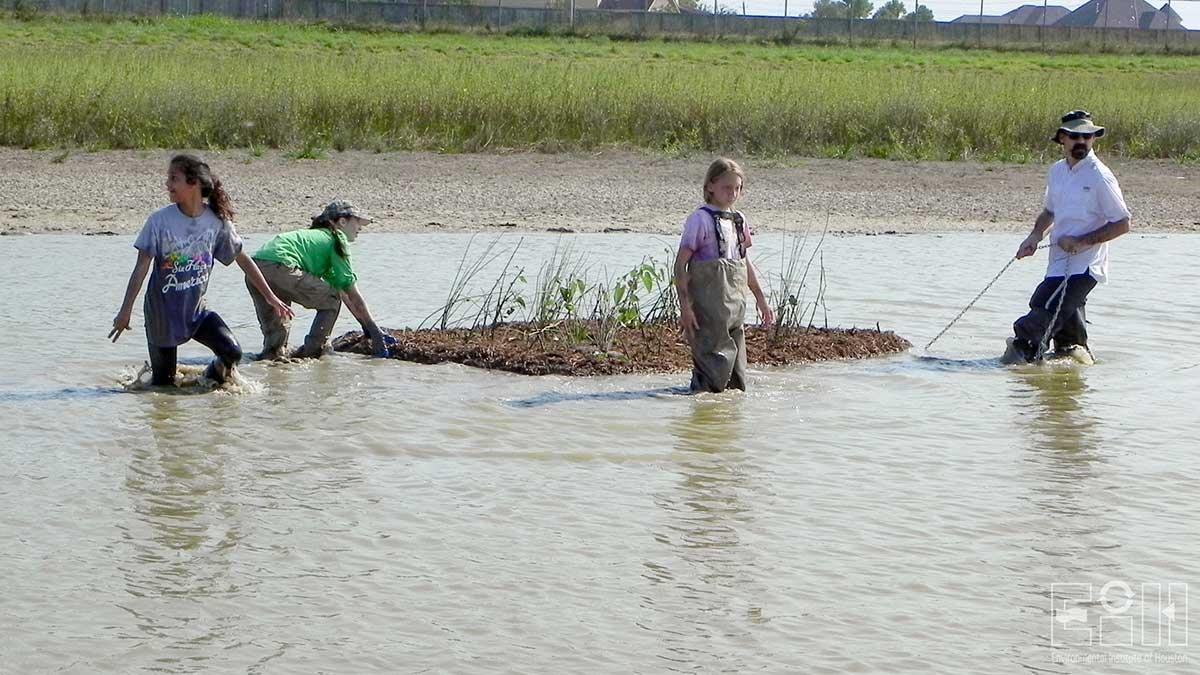 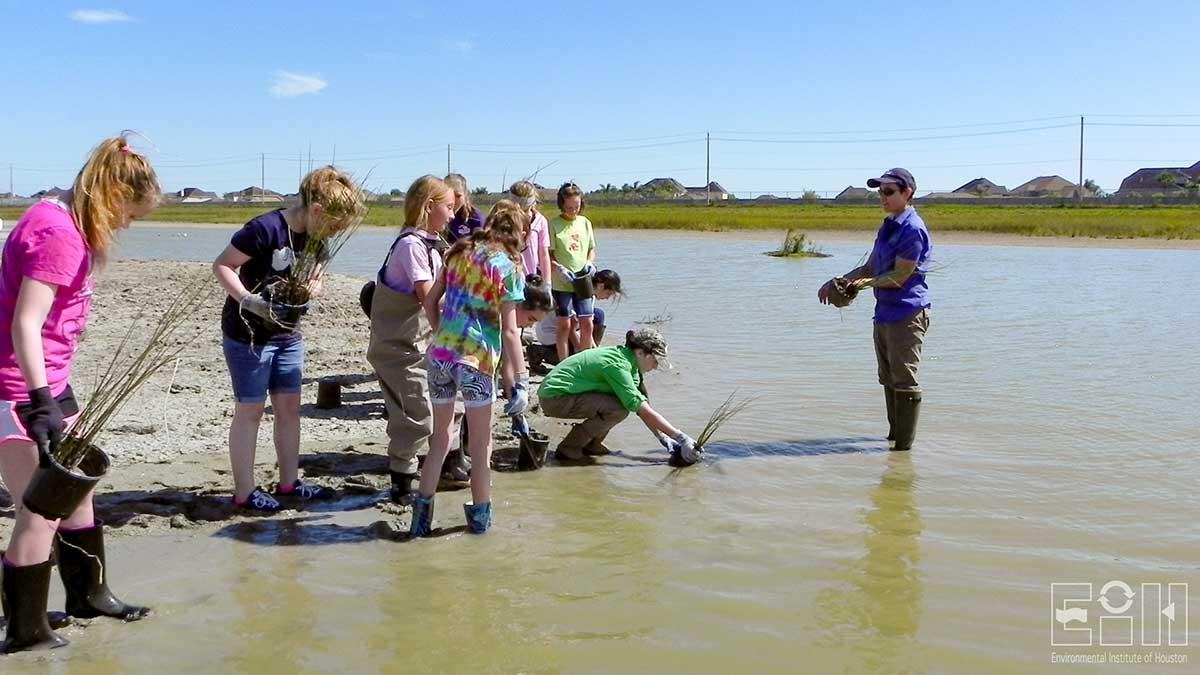 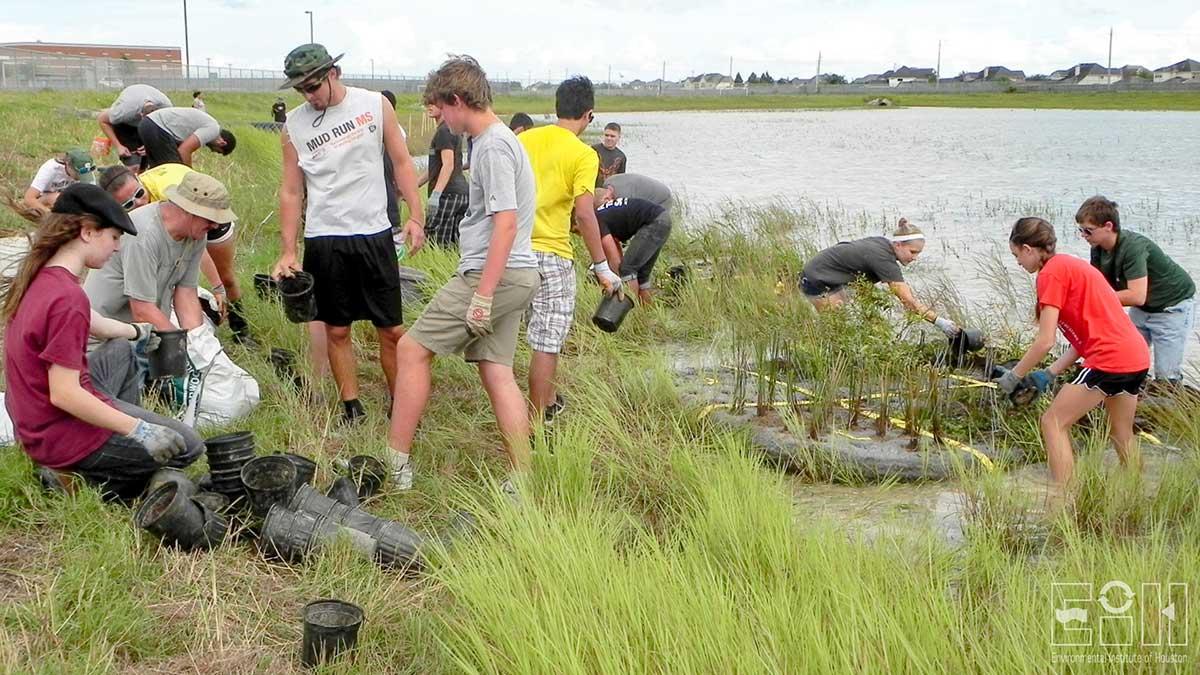 The floating wetland project was conceived in 2013 as a brainstorm between CCISD science coordinator Terri Berry, Texas Master Naturalist and CFHS teacher Emily Morris, Sheila Brown of the Environmental Institute of Houston at the University of Houston-Clear Lake, and Mary Carol Edwards of the Texas Coastal Watershed Program. EIH's role is to educate the staff, students, and community at the CCISD Educational Village.

Wetlands project pioneered at CCISD's Education Village
A retention pond behind the Education Village in Clear Creek Independent School District has been transformed to a unique outdoor space that is part classroom and part environmental project.

Oh, rats! We have nutria.
Signs of an invasion were everywhere on a recent visit to the floating wetland islands at the Education Village. Plants had been devoured from the floating wetlands like they were buffet tables at SouperSalad. The students' plantings along the shores of the stormwater pond were also missing. All around were footprints and scat from the prime suspect: nutria.

The floating wetlands project is off the ground and into the water!
Our first installation of floating wetland islands went into the campus stormwater detention pond at Clear Creek Independent School District's Education Village in League City. TCWP and the school community launched three islands on November 10.

Floating a new idea
We are moving closer to installing floating wetland islands in what may be the first such project at a school in Texas, and one of the first public installations anywhere in the state. The floating wetlands will be in the storm water detention basin (aka "the pond") of the Education Village campus in League City TX, part of the Clear Creek Independent School District (CCISD).