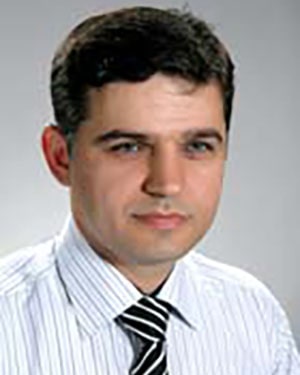 Associate Professor of Computer Engineering,
College of Science and Engineering

Dr. Koc is currently associate professor of computer engineering. After receiving his B.S. in Electronics Engineering from Ankara University, he worked in the industry for two years. Then, he joined Syracuse University where he received his M.S. and Ph.D. in computer engineering. During his graduate study, Dr. Koc was at The Pennsylvania State University as a visiting scholar. His research and teaching are in the areas of digital design, embedded systems, and computer architecture. He is the recipient of several teaching and leadership awards, including UHCL Piper Award Finalist, IEEE Outstanding Student Branch Counselor Award, and IEEE MGA Outstanding Small Section Award. He is currently a member of IEEE and ACM and reviewer for several journals and conferences.

Dr. Koc teaches the following courses at UHCL. If you would like to work with Dr. Koc for your thesis or you have an interest on a special CENG topic, you may meet with him for an independent study course.