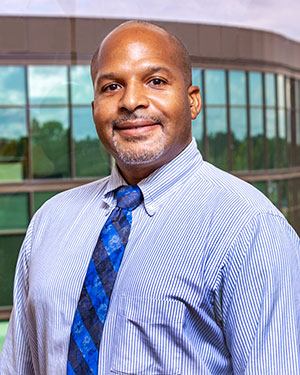 I began my academic career at the Massachusetts Institute of Technology, where I earned a B.S. in Physics in 1997. During this course of study, I minored in earth, atmospheric & planetary science and completed a concentration in political science. I then moved on to The Pennsylvania State University where I completed a Ph.D. in Physics in 2002. Afterward, I accepted a position as a visiting assistant professor at University of Houston–Clear Lake.

After serving as a visiting faculty member for one year, I was promoted to tenure-track. During my time in academia, I earned several awards from organizations including NASA, the Institute for Space Systems Operations, The Alfred P. Sloan Foundation, the Council of Graduate Schools and the Texas Educational Grid Project in addition to several internal grants and scholarships.

During my time on the faculty of UHCL, I served as chair of the Physical Science and Physics Programs and director of graduate programs for CSE, and twice served as president of the UHCL Faculty Senate. I successfully developed and oversaw the approval of a revised bachelor's degree in physical science, a bachelor's degree in physics, an engineering physics sub-plan, a masters degree in physics, a professional Master of Physics sub-plan in technical management, and a collaborative Ph.D. program in physics. My research in computational and theoretical physics consists of work in numerical relativity and cosmology.

Numerical simulations are becoming an effective tool for conducting detailed investigations into the evolution of our universe. I developed a code to perform large-scale simulations of the dynamical processes present in the early universe. These take into account interactions of gravitational waves, magnetic fields and turbulent plasma. The code that I developed is based on the Cactus framework and is structured in order to be very modular so students can focus on one part of the code while treating the rest like a black box.

The primary goal of this work is to utilize the code, which I developed, to study the dynamics of a turbulent relativistic plasma field and calculate the spectrum of gravitational waves it produces. In this computational laboratory, my project team aims to study the dynamics of the turbulent relativistic plasma, the evolution of gravitational waves and magnetic fields in the early universe. Students participating in this project gain experience working with computing clusters, running simulations and visualizing/analyzing data. To date, several undergraduate and graduate students have participated in the project.