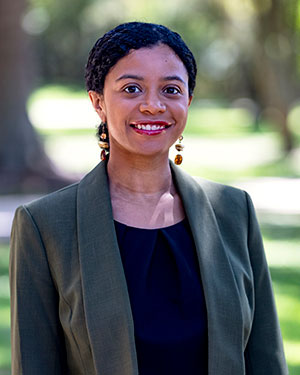 Assistant Professor of Literature and Creative Writing,
College of Human Sciences and Humanities

Jennifer Maritza McCauley teaches literature and creative writing in the Literature program. She has received fellowships from the National Endowment for the Arts, Kimbilio, CantoMundo and Sundress Academy for the Arts and awards from Best of the Net, Independent Publisher Book Awards, and Academy of American Poets. She also received a Pushcart Prize Special Mention.

Dr. McCauley received her M.F.A. in Creative Writing from Florida International University and her Ph.D. in English (Literature and Creative Writing) from the University of Missouri. She is presently a fiction editor at the literary journal Pleiades and was formerly a contest editor and poetry editor at The Missouri Review. Her books include the cross-genre collection SCAR ON/SCAR OFF (2017, Stalking Horse Press) and When Trying to Return Home (2023, Counterpoint), a short story collection.