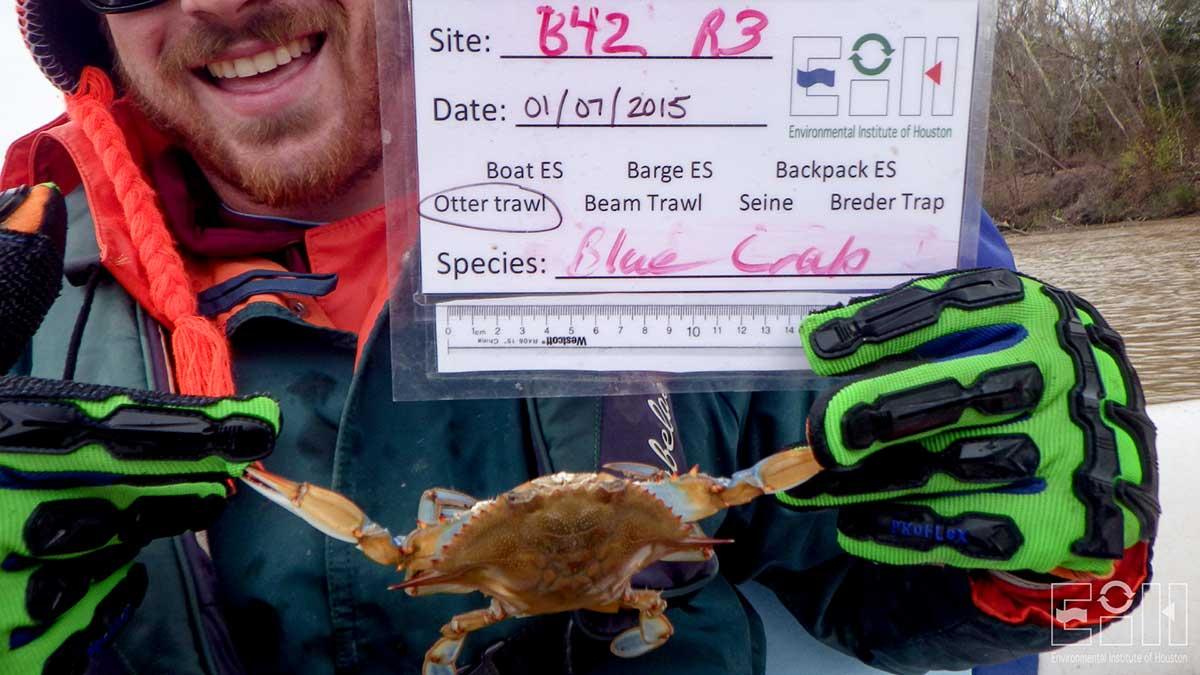 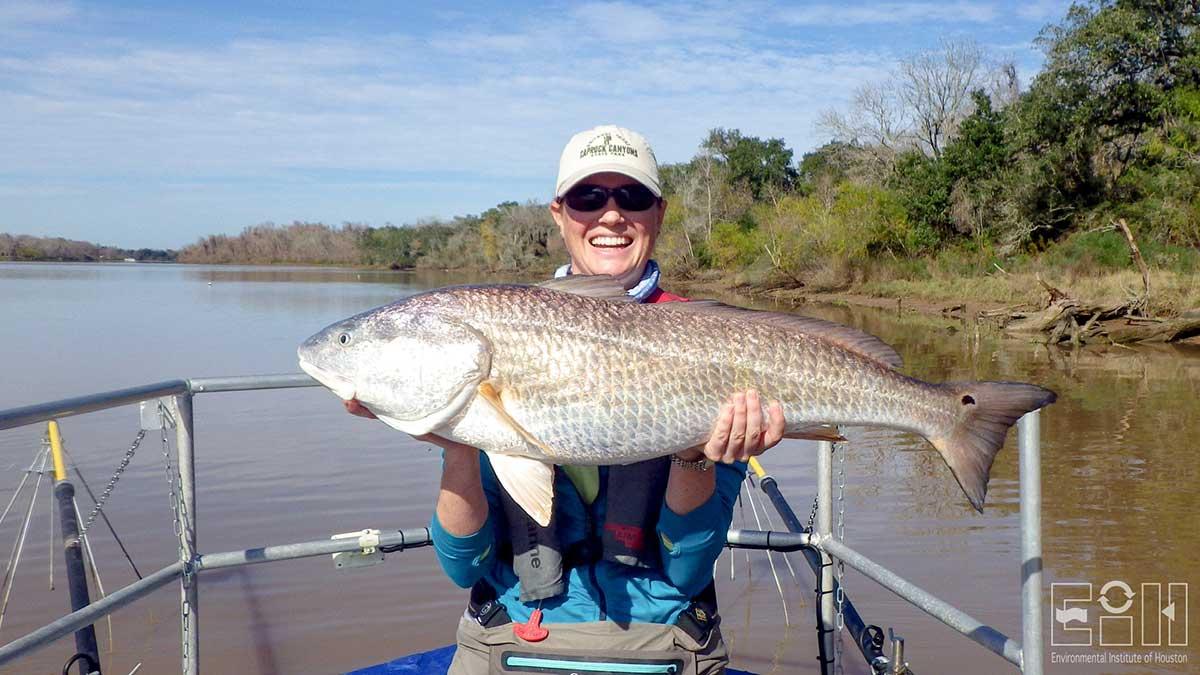 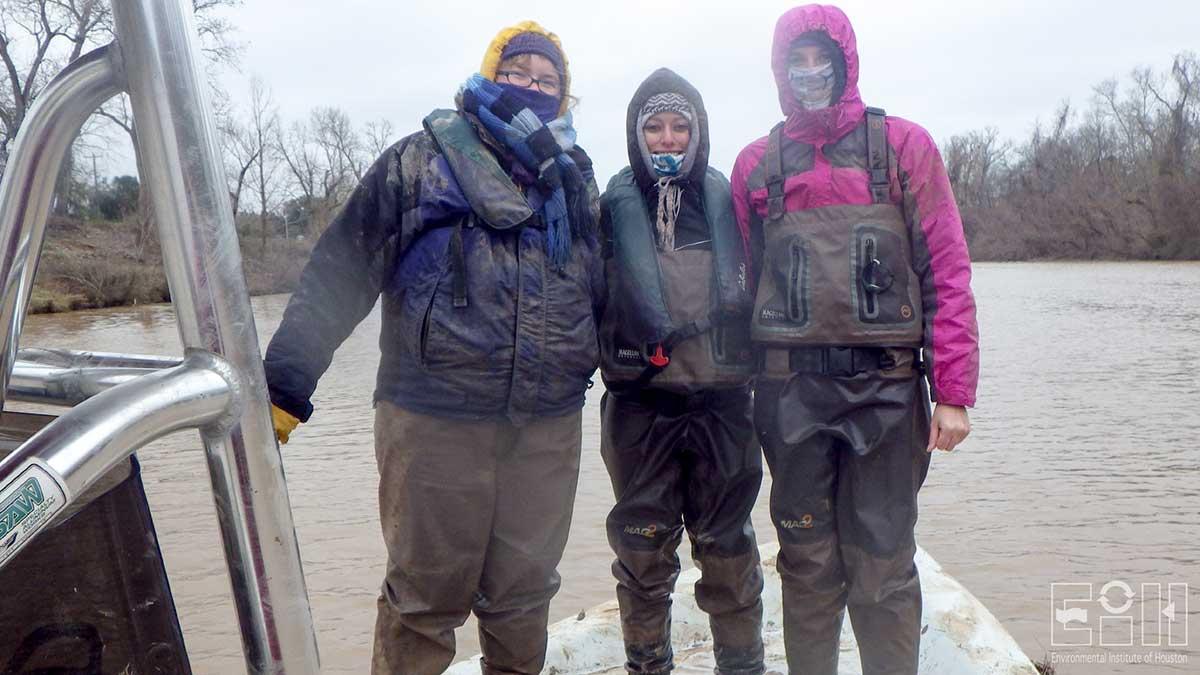 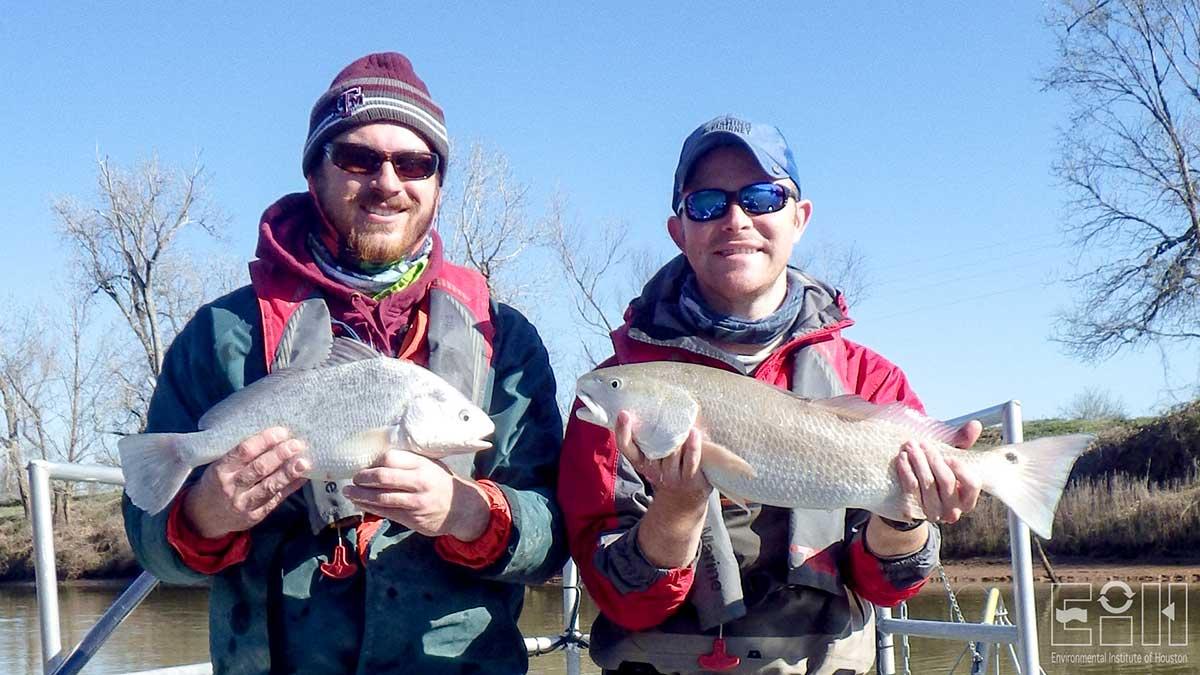 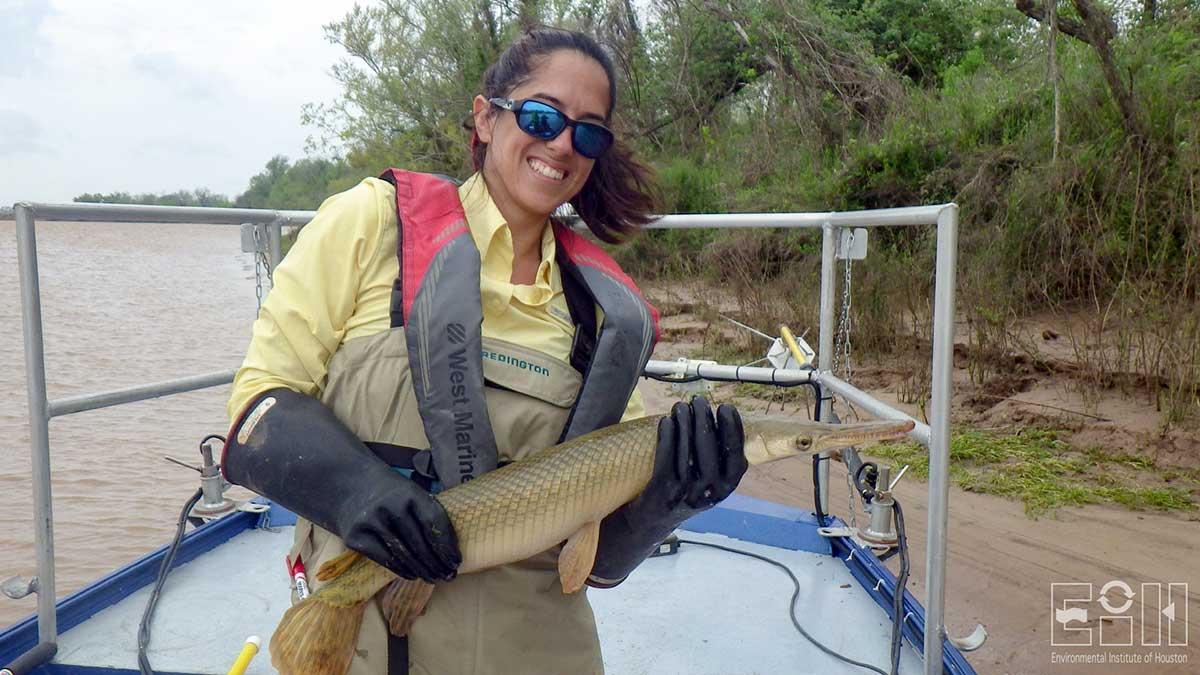 The primary objectives of this project are to 1) characterize the flow regime, tidal dynamics, water quality and shoreline habitat, 2) quantify species composition, distribution and density of larval, juvenile and adult nekton and benthos, and 3) validate environmental flow recommendations in the lower tidal portion of the Brazos River using historical and current data.

The state of Texas is currently in the process of validating environmental flow recommendations in an effort to maintain sound ecological environments in rivers and estuaries. It is assumed that the primary mechanism regulating production in estuaries is the discharge of freshwater which creates an optimal salinity gradient. Within a riverine system, this salinity gradient operates on a dynamic linear scale influenced by freshwater inflow and tidal forces. In order to assess the effects of instream flow and tidal patterns on water quality conditions and biota in a riverine estuary, EIH is collecting continuous and opportunistic water quality and nekton samples in the lower Brazos River from November 2014 to May 2015.

Nine sites have been selected approximately five meters apart in the tidal portion of the lower Brazos River from the mouth to 42 river-kilometers upstream. Water quality profiles are being conducted at each of the nine sites to characterize typical water quality parameters along a longitudinal gradient from fresh to saltwater. Water quality samples and nekton using electrofishing, otter trawls, beam trawls and plankton nets are being assessed at five of the sites, designated as primary sites. Benthic macroinvertebrates are being collected in the lower reach and vegetation surveys are being conducted at all sites.

EIH is collaborating with researchers from several institutions including Texas State University, Texas A&M University, and Baylor University to validate environmental flows throughout the Brazos River watershed. Continued monitoring of water quality along with the integration of biological community data in the Brazos River estuary will help resource managers better understand the influence of freshwater inflow on biota and plan for future freshwater needs.