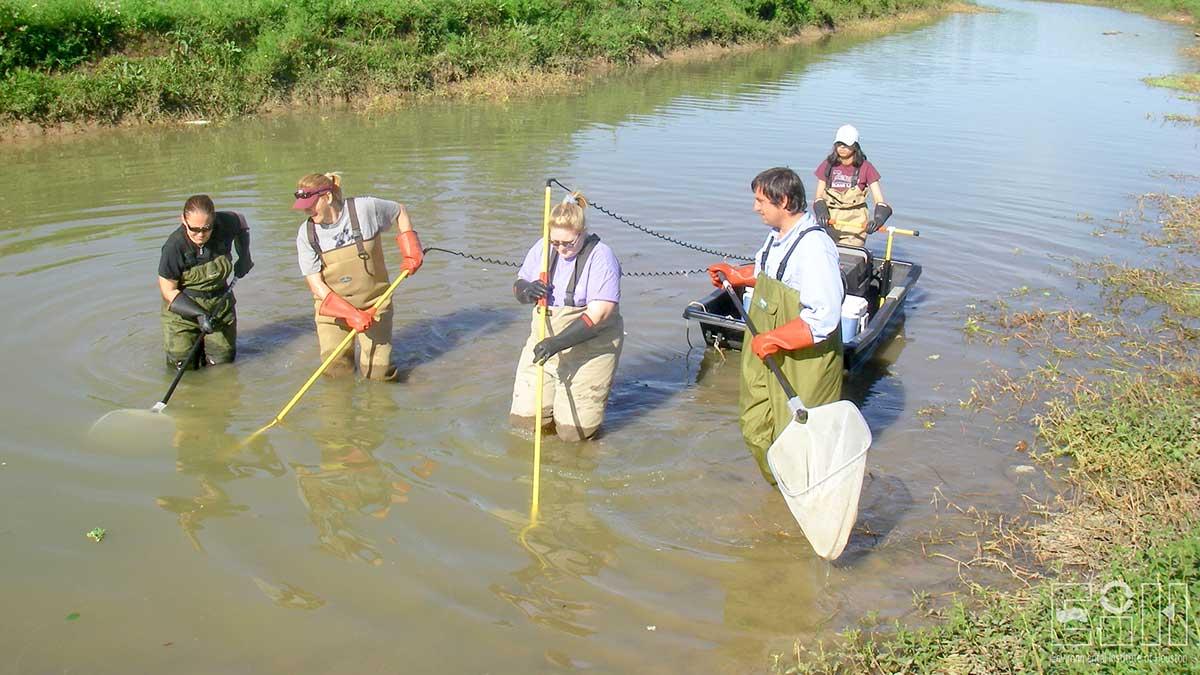 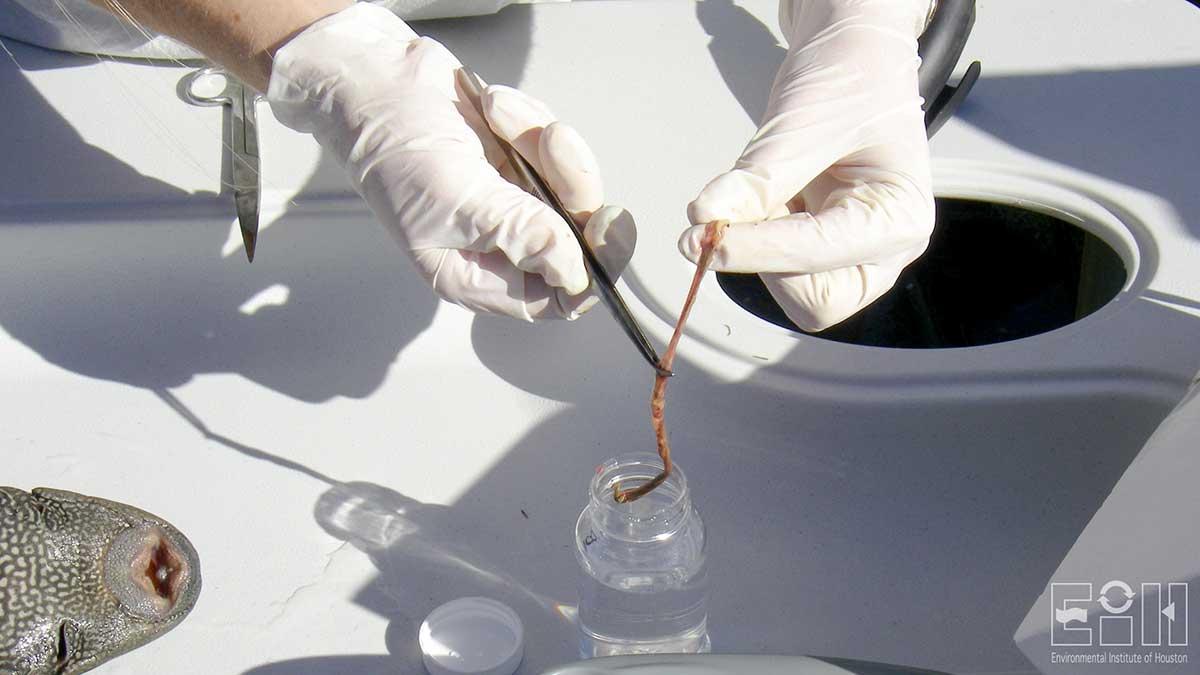 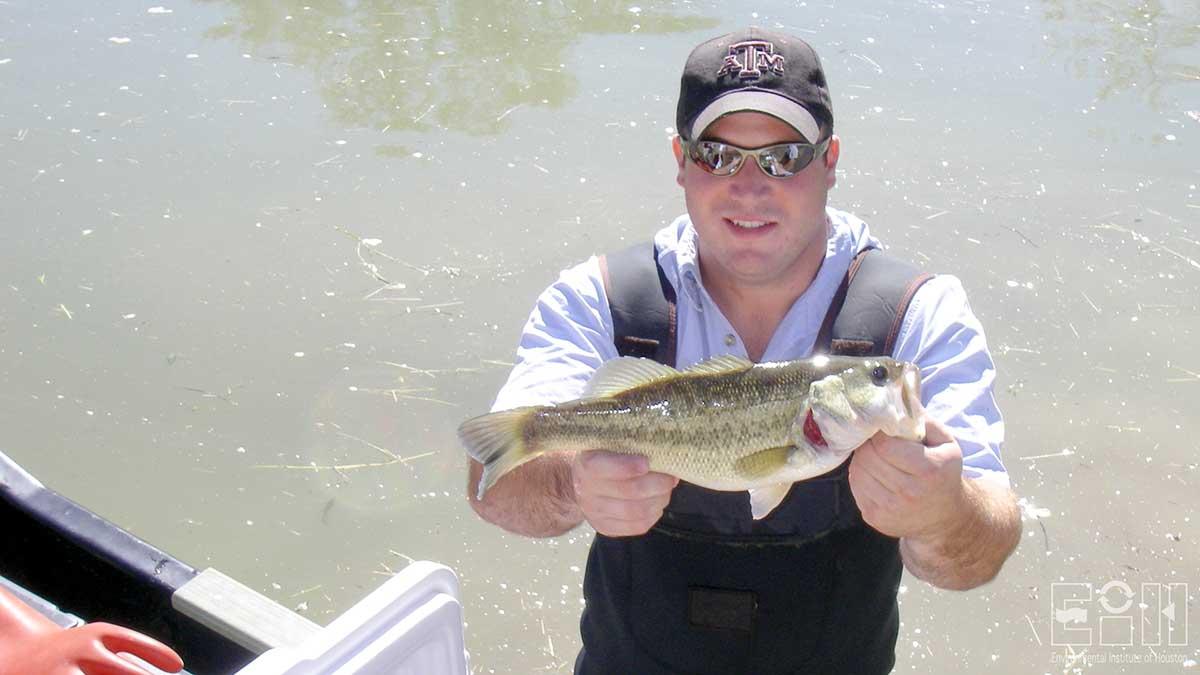 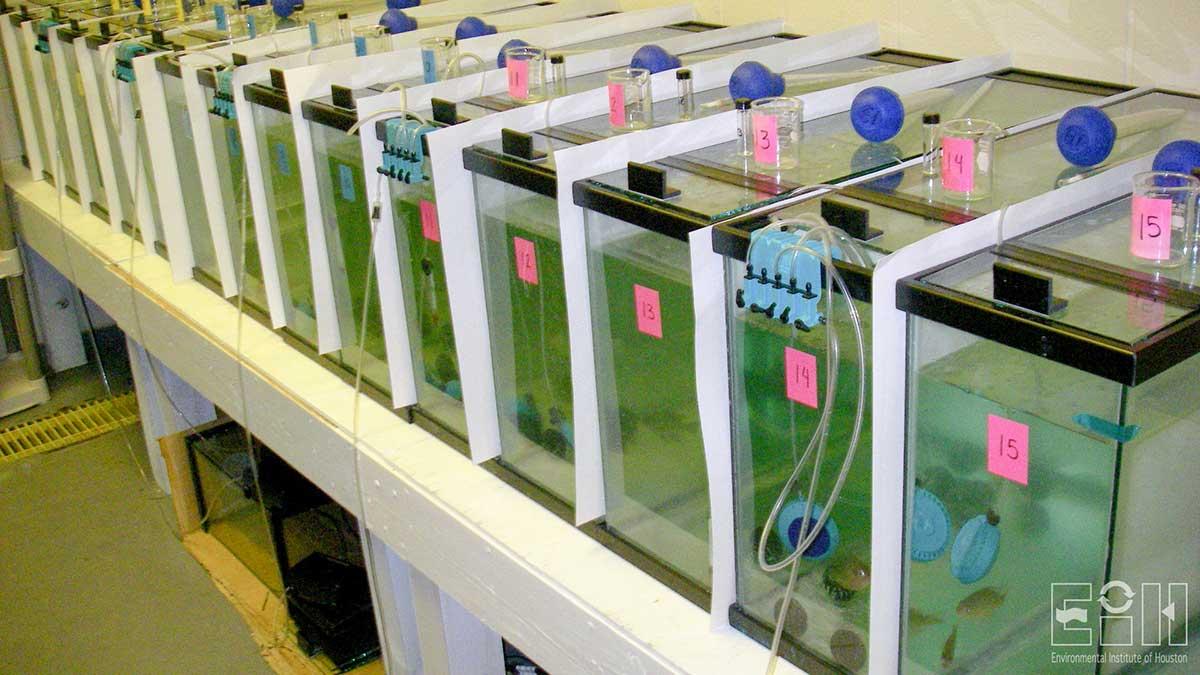 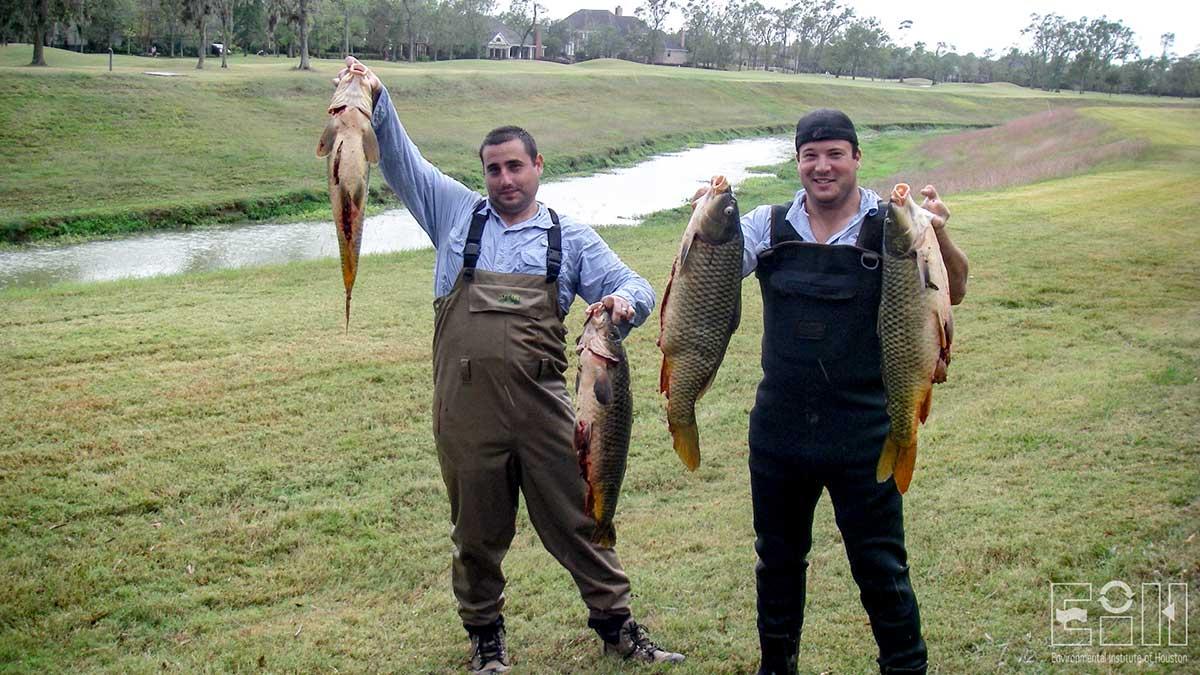 The goal of this study was to determine whether wild caught fish from Harris County waterways representing various species and trophic groups produce feces with detectable levels of the indicator bacteria E. coli. Fish were collected during each sampling period using an electroshocking tote barge. Fish were then euthanized and fecal matter was obtained by dissecting the intestinal tract. The fecal material was then placed into a pre-weighed bottle of sterile water. Ambient water quality was measured during field collection of fish. All water and fish fecal suspension samples were analyzed using the IDEXX Collilert® defined substrate method which has been approved for use in Texas by both the TCEQ and EPA and is described in TCEQ (2003).

We also completed an aquarium E. coli production study to determine the potential for E. coli to originate within a fish. We used cultured fish which were fed prepared fish meal to determine whether E. coli levels increase in aquarium water after exposure to fish at various stocking levels. If E. coli originates from the fish itself, we would expect levels of bacteria in water to increase with fish density and time irrespective of origin of the fish. Two species (bluegill and channel catfish) of fish from different trophic levels were used for this portion of the study.