July 20, 2019 is the 50th anniversary of the Apollo 11 moon landing. In celebration, we asked five members of our UHCL family who have close ties to Johnson Space Center for their perspectives on the event, and on the university’s strong ties with NASA. 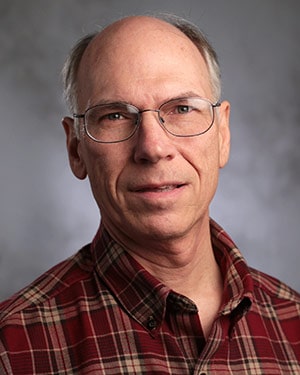 James B. Dabney, program chair and professor of engineering, joined NASA contractor System Development Corporation in 1986 to work on ascent flight design software for the Space Shuttle program. In 1989 he transitioned to Intermetrics to work on the Shuttle Avionics Systems Engineering Task. There, Dabney performed independent verification and validation of Space Shuttle avionics software and Mission Control Center planning software. Since joining UHCL in 2000, he continues provide systems engineering research for NASA and its contractors. 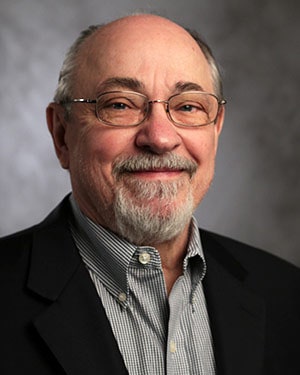 Thomas L. Harman, director of the Center for Robotics Software, department chair of engineering and professor of computer engineering, did much of his doctoral thesis at JSC, from 1968-1972. NASA paid part of his funding. He performed research on semiconductor devices flown on NASA planes and used as nuclear-particle detectors. From 1973-1977, Harman was a staff engineer at Lockheed Electronics, where he designed minicomputer systems used in JSC’s Building 49 test facility. He also designed JSC’s energy-management system, which Lockheed later commercialized.

James C. Helm, associate professor of software engineering, worked in the Math Physics group at IBM, which made the moon landing possible, as well as the astronauts’ safe return. Helm developed the mathematics for the Lunar Excursion Module (LEM) convergence process. This involved implementing the celestial mechanics and mathematics necessary to select a landing site given a landmark, and also subsequent LEM recapture and docking with the Command Service Module. During the Gemini and Apollo programs, Helm's primary duties included providing preflight trajectory simulation and verification and real-time celestial navigation. He also provided real-time programming for the Mission Control Room projection plot boards. 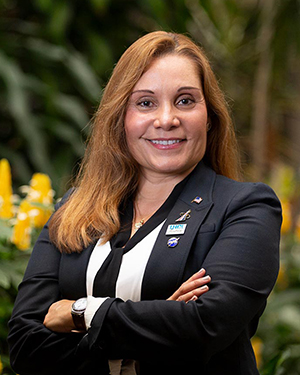 Evelyn R. Miralles, who joined UHCL in May as associate vice president for strategic information initiatives and technology,  spent 27 years at NASA helping astronauts prepare for space missions. She joined Muniz Engineering in 1992 as lead graphic simulator and software engineer, where she worked in the Integrated Graphics Operations and Analysis Laboratory. In 2000, she transitioned to L3 Technologies as principal software engineer in JSC’s Virtual Reality Lab. In 2016, she became chief engineer and Lead VR innovator at the VR Lab, working for CACI International Inc. She is an internationally recognized pioneer in the field of virtual reality, who co-created spacewalk training software, in use since 2000. 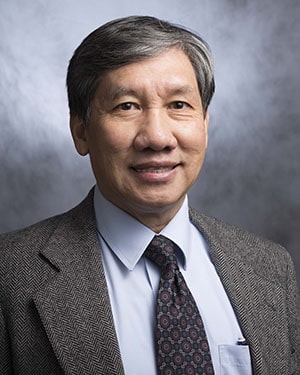 Luong Nguyen, assistant professor of engineering, worked at JSC from 1977 – 2015 as an employee of various aerospace firms, including Lockheed Martin, ERC and L3-Communications. He worked as a real-time simulation development engineer on the Space Shuttle and Space Station programs. His last 15 years there were concentrated in the robotic manipulator systems of the Space Shuttle and Space Station. He now teaches robotics, and was the faculty advisor for UHCL students who competed in NASA's four-year Swarmathon - a challenge among universities to program autonomous robot rovers to work collaboratively on tasks.

Adjacent to NASA Johnson Space Center, UHCL was created to meet a vital demand for trained engineers, physicists and mathematicians to join the U.S. space program.

We asked each the same question. Not all answered all questions.

If you are old enough to remember Apollo 11, please share your memories.

James B. Dabney: I grew up with the space program. One of the parents brought a portable television to my third grade classroom so we could watch Allen Sheppard's launch in May of 1961. I was excited to watch the landing in 1969, but to me, that was not as exciting, not as big a step, as Apollo 8 (the first manned flight to leave Earth orbit and circle the moon). Growing up in the 1960s, the steady progression of the space program was a part of American life.  Apollo 11 was the final chapter, with the remaining Apollo missions as epilogue. So to me, seeing it happen was similar to the ending of an enjoyable novel or completion of a challenging project.

Thomas L. Harman:  I am old enough and was in Houston when Neil Armstrong set foot on the moon. I was 26 and participated in several of the splash down parties in Nassau Bay. I later met Armstrong in 1971 on a cruise to see a total eclipse of the sun. He and Isaac Asimov were speakers on that cruise. He described the Corner Reflector left on the moon used to bounce a laser to measure the precise distance from the Earth to the moon and determine if it varies. In short, the space program was spectacular and out of this world!

James C. Helm:  I went to another company in 1969. Mission Control's  plot boards were interesting. Two plot board rooms were behind a 10 ft. by 20 ft. projection panel that faced flight control and visitor area in the Mission Control Room. In the plot board rooms there were five 35mm projectors pointing to a 10 ft. by 20 ft. mirror that reflected on the panel, which everyone has seen on TV. Circular projectors held 35mm slides. One projector held the permanent background slides, picture of the Earth, etc. The second projector held slides that were scribed on to show three revolutions around the Earth for the vehicle trajectory path (height above the Earth, latitude and longitude) plus the revolution number. The third projector held a slide that depicted the real-time plot (a raster image of the vehicle showing its current position along the trajectory). Two other projectors were used as backups, or when the flight director wanted to change views. This took a lot of people to set up test equipment, change slides, and run test cases. Really obsolete now!

Evelyn R. Miralles: I was very young when we landed on the moon.

Luong Nguyen: I was 8 years old and remembered watching Neil Armstrong landing on the moon on television in Vietnam. Actually, I was peeking through the window of my richer neighbor's window to look at his television set. My family did not have a TV. I was astounded that it could be done and proceeded to learn how to build a cheap homemade telescope right after that.

Do you think the moon landing changed our lives as a society? If so, how?

James B. Dabney: I do believe it changed our lives as a society, not just in the USA, but globally. President Kennedy said that "we choose to do these things because they are difficult." Our success continues to encourage people around the world to accept challenges because we know "if we can put a man on the moon, we can certainly do this."

Thomas L. Harman: Clearly, the space program invigorated science and engineering in this country — or maybe it was Sputnik. In any case, it was a spectacular engineering achievement.

Evelyn R. Miralles: The accomplishment of going there definitely changed the way humans perceived themselves and their abilities, individually and collectively. Putting a man on the lunar surface was an inspiration to many around the world who believed in the human capacity to excel.

Luong Nguyen: I think landing on the moon inspired a whole new generation of STEM students.

Did the moon landing have any effect on your career choice? If so, how?

James B. Dabney: Apollo 11 didn't affect my choice of career. I always wanted to fly airplanes and be an engineer.

Evelyn R. Miralles: Apollo 11 didn’t change my career in the industry, it actually made it possible!

Luong Nguyen: It influenced me to go to the U.S. and study engineering.

What compelled or impelled you to work for or with the space program?

James B. Dabney: I never felt compelled to work in the space program. I worked for several years doing mechanical design in the petrochemical industry and enjoyed that as well. My initial transition to aerospace was due to a great job opportunity on the Shuttle program. I've stayed involved due to the interesting challenges and the great people.

Thomas L. Harman: Apart from my Ph.D. program and stint at Lockheed, the space program was always important to me. As a young science fiction fan, I loved Isaac Asimov’s stories about space. In Washington D.C. as a college student, I worked at the National Bureau of Standards (now NIST) for Dr. Murray Bullis. He had contacts at Rice and he encouraged me to apply for the graduate program there.

Evelyn R. Miralles: Human Space Exploration was intriguing to me, I wanted to know more and get involved. I just didn’t know the complexity and the risks of space flying in general, but I learned. I have always been driven by challenges, I don’t admit it often, but it is part of my core and what have motivated me to improve through life, professionally and personally.

Luong Nguyen: The U.S. space program really inspired me and I enjoyed very much my time working there.

How does your NASA-related experience inform or influence your work at UHCL?

James B. Dabney: The majority of our Systems Engineering graduate students are practicing systems engineers employed by NASA and its contractors. My experience working as an engineer and as a researcher supporting NASA systems engineers keeps me current so that I can keep my coursework relevant to NASA's needs.

Thomas L. Harman: The experience in design was invaluable as an engineer. More importantly, working with such talented and dedicated people was particularly inspiring to a young engineer – I was young then!

Evelyn R. Miralles: My experience at NASA has been valuable to overcome many of the challenges in Higher Ed. For one, the ability to be self-starter, creative and innovative are skills that I have learned throughout my career that helps me daily to propel new initiatives at UHCL. Also, my experience working in teams at NASA with the purpose to accomplishing a mission, has allowed me to value collective thinking and apply that more effectively on current projects.

Luong Nguyen: My experience with the space robotic systems helped prepare me for teaching robotics at UHCL.