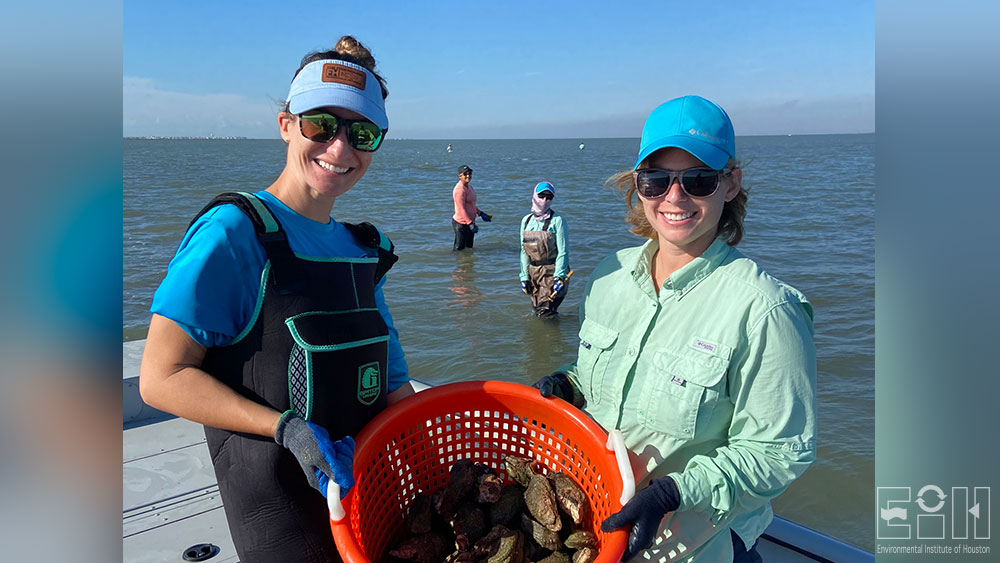 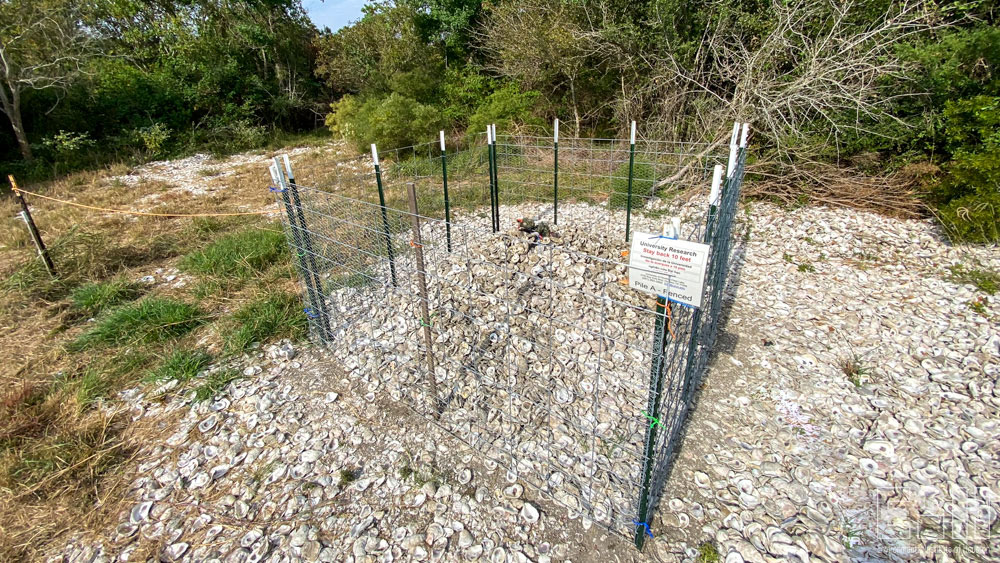 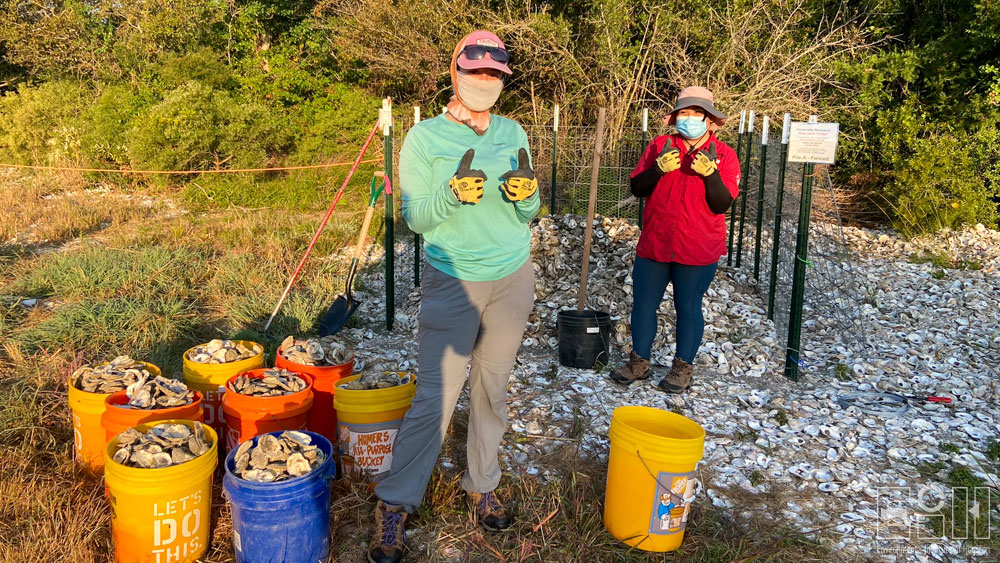 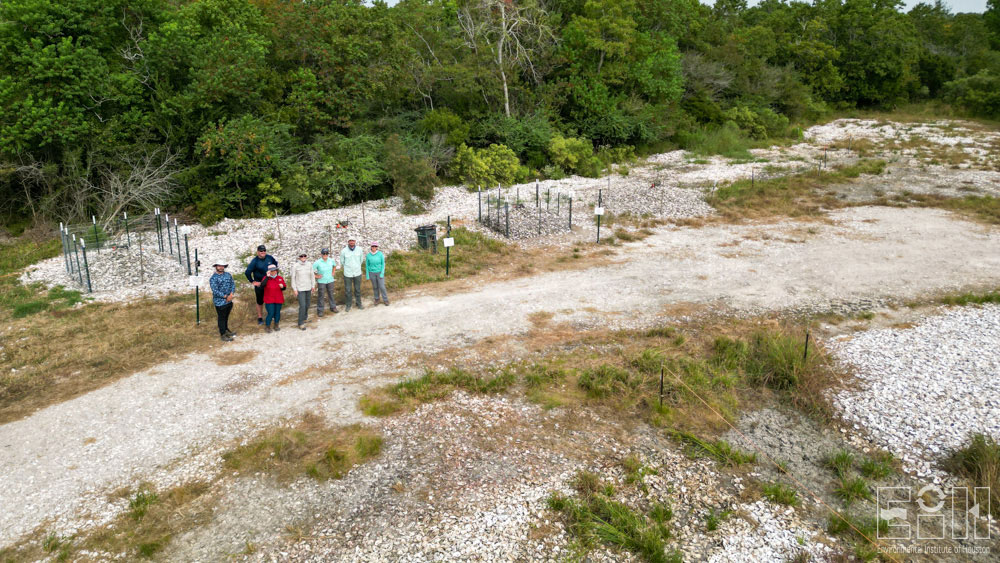 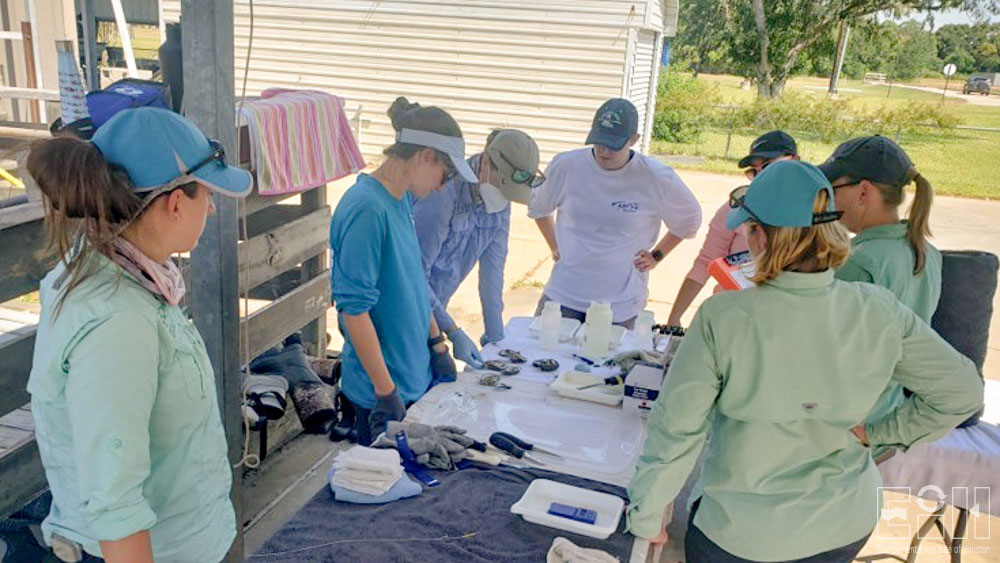 The primary objectives for this study are to:

Dermo disease is a reoccurring problem affecting the viability of eastern oysters (Crassostrea virginica) in Galveston Bay. Dermo disease, is caused by the parasite Perkinsus marinus, which are spore forming protozoans linked to mollusk die-offs. Dermo disease can be transmitted from an infected oyster to surrounding oysters through excretion or when decomposing tissue from dead oysters release spores into the water column.

The threat of transmission of Dermo disease has resulted in the implementation of preventative measures in some states to reduce this risk of re-introduction of P. marinus to wild oyster populations. The most commonly used preventative measure is sun curing, allowing for sufficient drying time to ensure complete mortality of Dermo spores. Unfortunately, this delays implementation and increases operating costs of shell recycling programs for restoration efforts. There is a need to evaluate and determine the most efficient combination of environmental conditions and drying times that reduces the risk of infection of oysters while not delaying the use of the material in reef restoration projects.

In order to evaluate the conditions that influence the viability of Dermo disease during the sun curing process in shell recycling, the joint research team of the University of Houston (UH) and the Environmental Institute of Houston (EIH) at UH-Clear Lake (UHCL), with the assistance of GBF, are conducting a controlled field experiment that evaluates the influence of multiple operational variables on the presence and prevalence of Dermo pathogens in oyster tissue. The research team is investigating the location with the shell pile, curing time, fencing to exclude or permit access by wild animals, and ambient temperature and humidity. These variables are measured at multiple points over time using replicate piles of shells and replicate oyster tissue samples per pile.