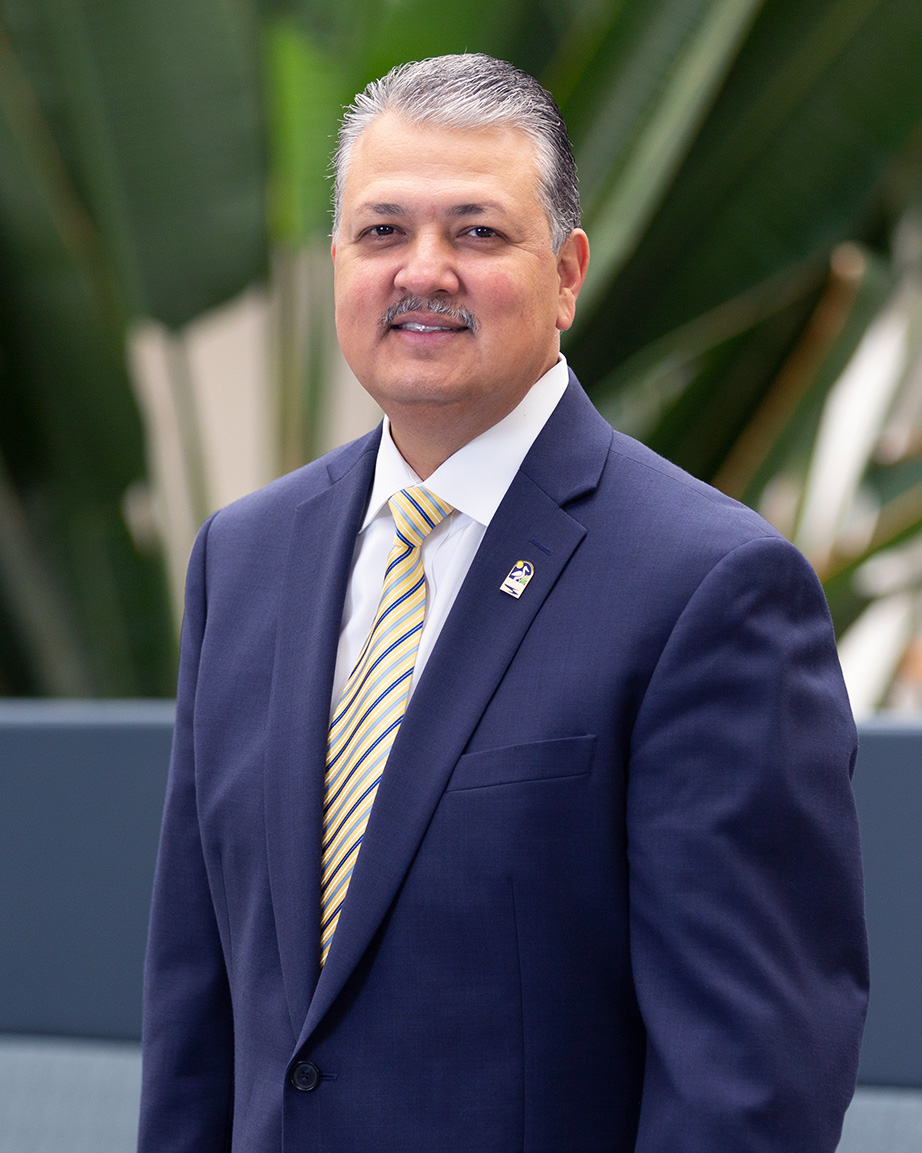 Brandon Capetillo is a graduate of Robert E. Lee High School, Lee College, and University of Houston Clear-Lake, where he obtained his bachelor’s degree in government and history. He is a veteran of the United States Air Force. He served during Operation Desert Storm, and earned a Southwest Asia Service Medal for his tour in Saudi Arabia. He also served as post commander for the Veterans of Foreign Wars Post 912 in Baytown. He also volunteers in the Baytown Rotary Club.

He was elected mayor of Baytown in November 2018. His experience serving in local government includes four consecutive terms as a Baytown councilman from May 2005- January 2017, multiple terms as mayor pro-tem, Baytown Municipal Development District member, Industrial District member, Baytown’s representative on the Houston-Galveston Advisory Council (HGAC) and the Transportation Policy Council, chairman of the Baytown Architectural
and Engineering Committee, and the Goose Creek CISD Education Foundation Board.

Capetillo is a corporate quality manager for Airgas, an Air Liquide Company that provides specialty gases to various industries and markets. Previously, he was the deputy program manager at the NASA-Johnson Space Center calibration laboratory as a federal contractor.

He has been married to his wife Blanca, UHCL Alumni ‘99, for 26 years, and they have two children, Bethany and Ruben. 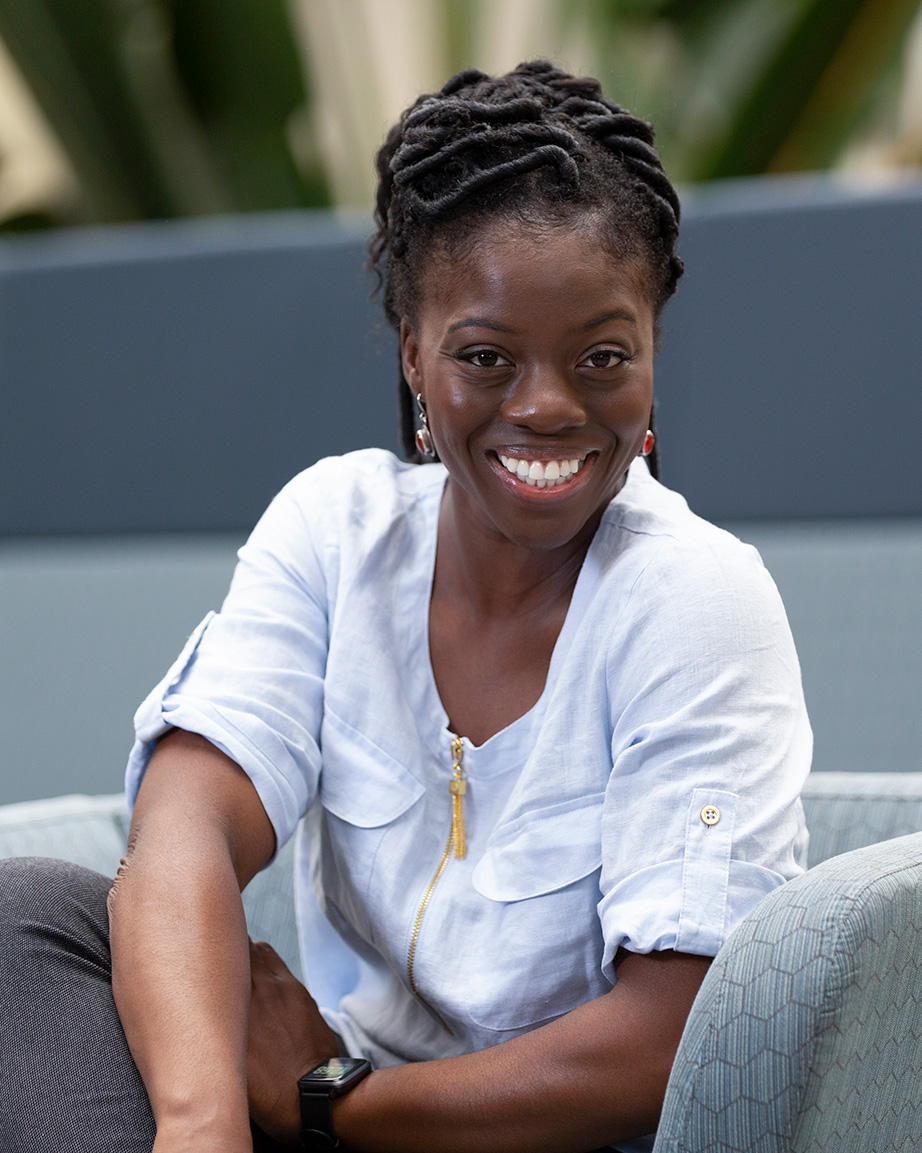 Dr. Seun Adigun, D.C., a chiropractor and biomechanist, focuses on injury prevention and rehabilitation to help her patients. After graduating from University of Houston with a Bachelor of Science in Exercise Science - Health Professions and a minor in psychology, she knew that her academic journey was only beginning.

She resigned from full-time coaching, and three years later, completed her second Master of Science in Exercise and Health Sciences with a Concentration in Fitness and Human Performance from University of Houston- Clear Lake. She earned another Bachelor of Science degree in Human Biology along with her Doctorate of Chiropractic, both from Texas Chiropractic College.

Dr. Seun's impressive academic achievements came alongside an equally impressive athletic career. Her ambitions to help revolutionize sports medicine were driven by many of her personal experiences as an athlete. As a first-generation Nigerian-American, Dr. Seun completed her NCAA career as an All-American hurdler and went on to become a three-time Nigerian national champion and two- time African champion in the 100m hurdles.

She competed in the 2012 London Summer Olympic Games in track and field, and again in the 2018 Winter Olympics in Pyeongchang, South Korea as the driver of the first-ever African bobsled team that she founded for Nigeria. This team became the first winter federation of any sport to represent Nigeria and participate in the Olympics.

In 2018, the International Olympic Committee recognized Dr. Seun as the only African to compete in both a Summer and Winter Olympic Games. 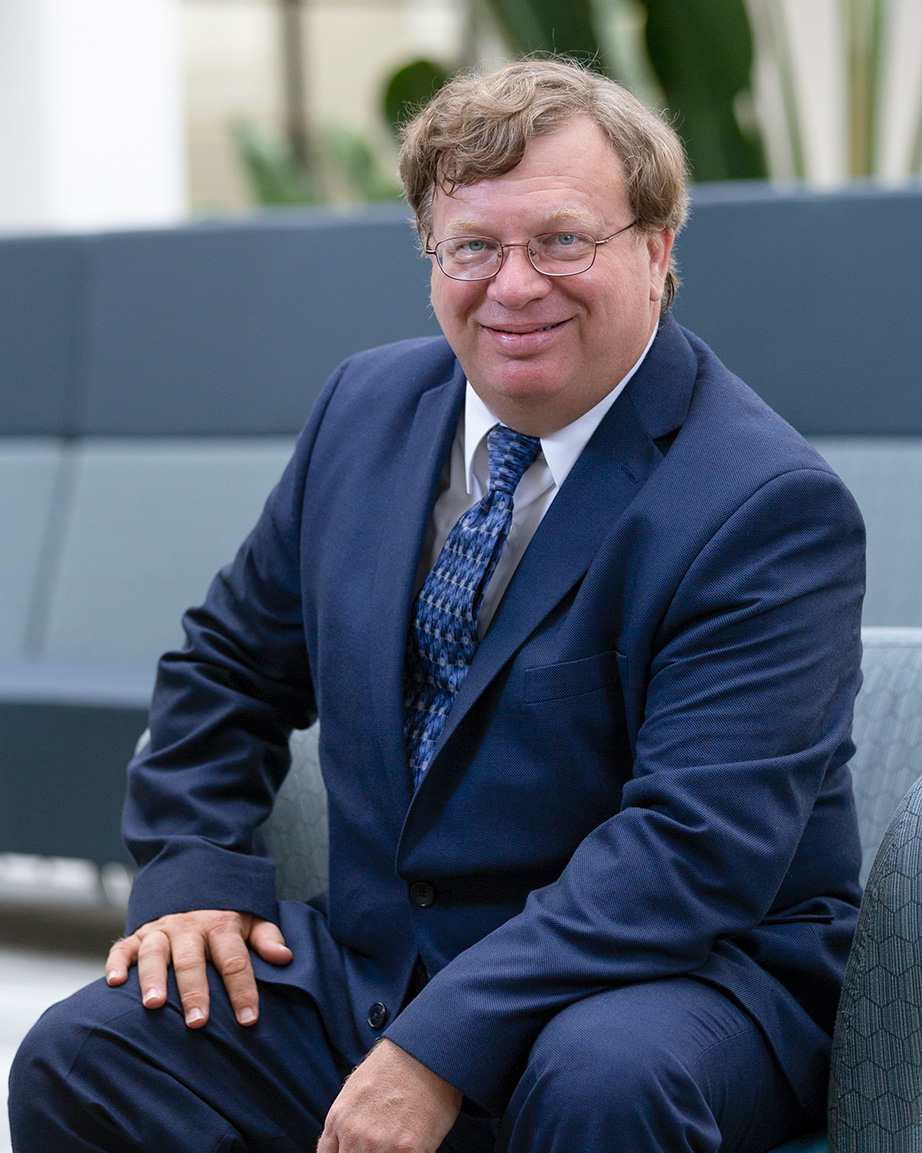 Dr. McMullen worked for five years as a researcher and workshop facilitator at the Martin Luther King, Jr. Center for Nonviolent Social Change in Atlanta. He spent a year living in Cairo, Egypt as a Fulbright scholar, teaching sociology at American University in Cairo during the 2009-2010 academic years. Most recently, he spent a summer term teaching at the United States International University of Africa in Nairobi, Kenya in 2019.

He is also active in community issues, serving on the board of directors of Interfaith Caring Ministries and the Center for the Healing of Racism, as well the Interfaith Relations committee of Interfaith Ministries of Houston. He was just elected to the board of an interfaith research consortium, Cooperative Congregational Studies Partnership, at Hartford Seminary in Hartford, Connecticut.

He has been married to his wife, Katie, for 30 years and has two daughters, Ivy and Maya. 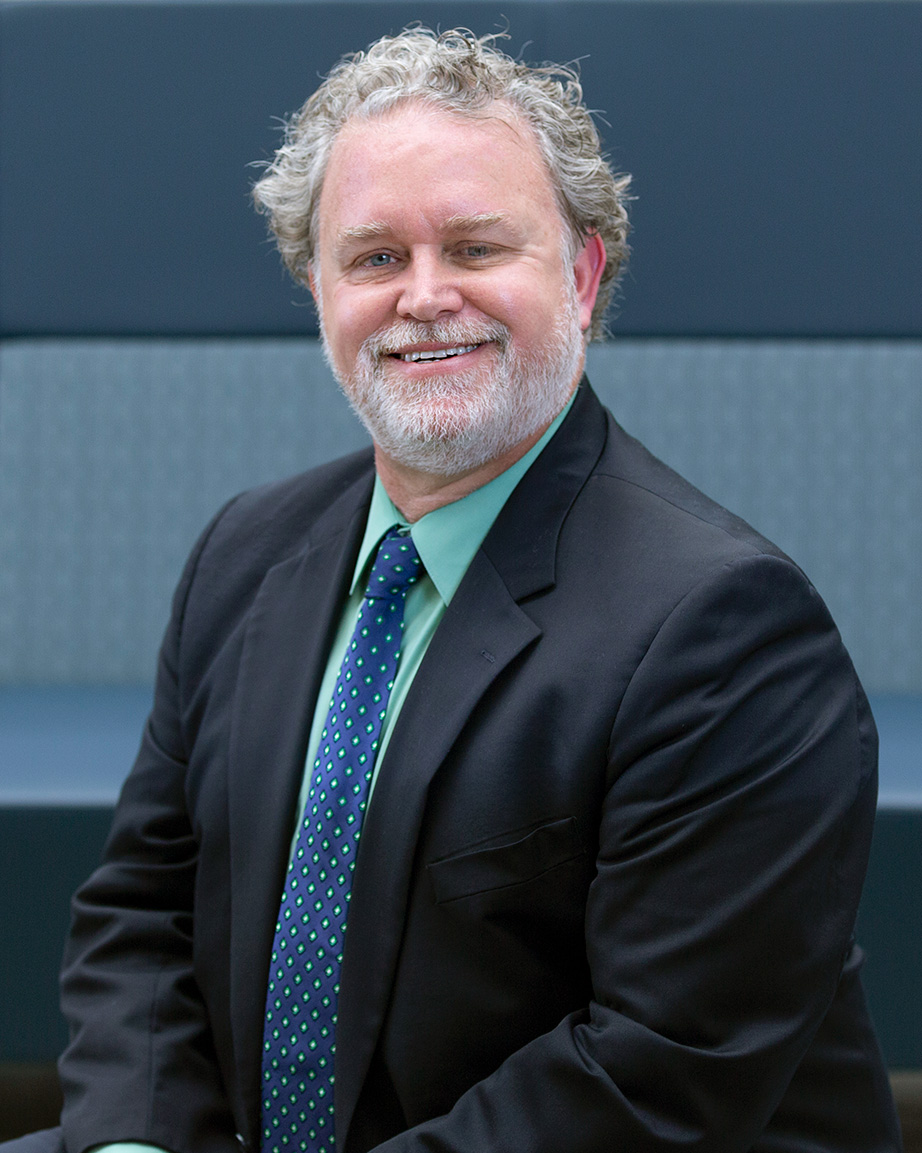 Dr. Brian Stephens (’93 MS, ’90 BS) is an associate professor of biology and biotechnology at University of Houston-Clear Lake. He received his doctorate from the University of California, Davis. He is a proud double alumnus of UHCL.

His research focuses on improving the nutritional quality and yield of agricultural crops to meet the demands of a growing population. His research interests include divalent metal nutrition, essential amino acid biosynthesis and how these are transported to the edible portion of plants. His research has been published in the Journal of Biochemistry, Biometals, and the Journal of the American Horticultural Science.

He has worked with NASA’s High School Students United with NASA to Create Hardware (HUNCH) program and Clear Springs High School to develop and test a plant growth system for use in reduced gravity environments. The system has been tested on several reduced-gravity flights by the students. He has worked with the Center for the Advancement of Science in Space (CASIS) and middle school students to develop a project to examine the effect red and blue light has on plant and algae growth in zero gravity. These projects were sent to the International Space Station in 2015.

He has one daughter, Samantha. 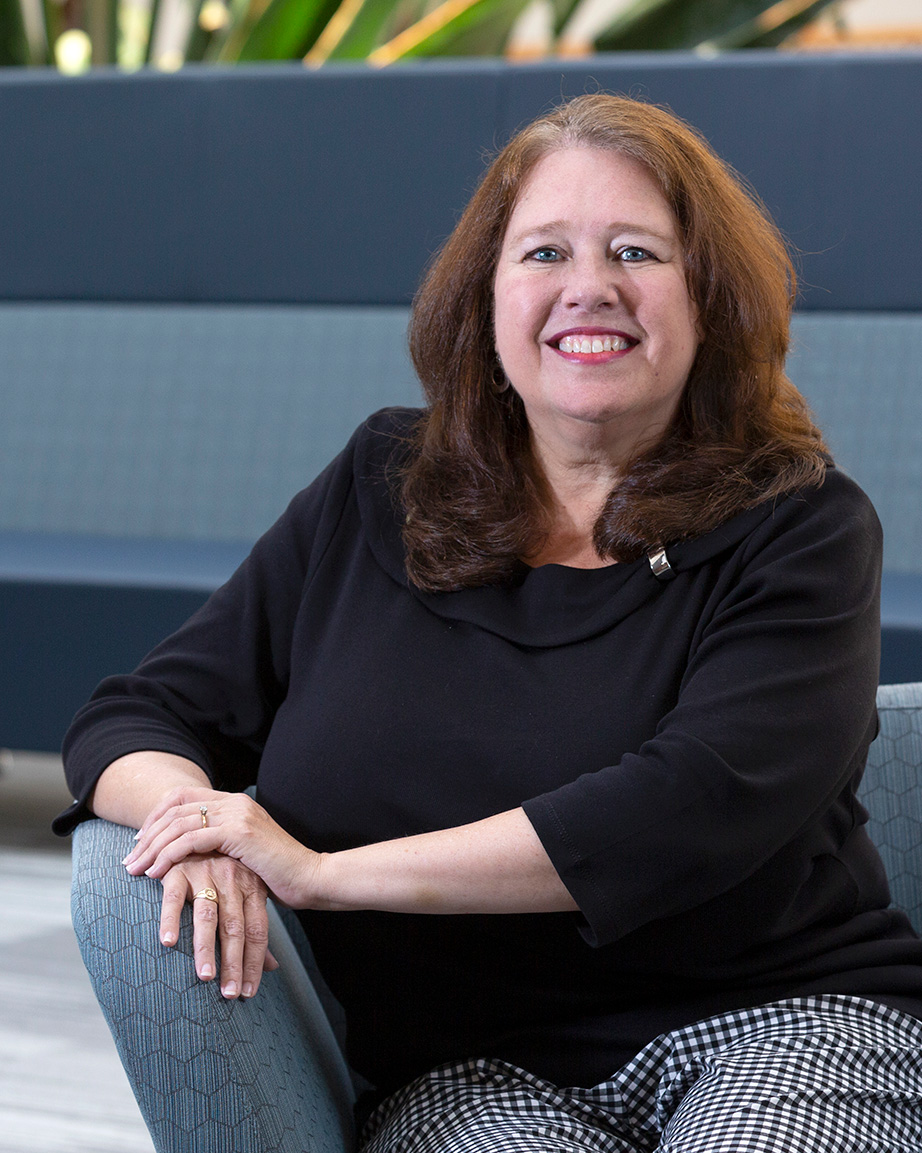 With nearly three decades of marketing and communications experience, Kimberly Campbell is the president of QUEST Business Strategies, a marketing and public relations agency located in Bay Area Houston. She manages a breadth of client projects, supporting their communications and outreach initiatives including business strategy, branding, executive training and media relations.

She designs and develops promotional materials, such as business plans, proposals, brochures, websites, press releases and more. Prior to forming QUEST Business Strategies in 2007, Kimberly served as vice president of Marketing, Communications and Investor Relations at SPACEHAB, Inc., a publicly traded aerospace company. While at SPACEHAB, she developed the STARS Program, a global space education initiative, which flew student-designed experiments onboard the Space Shuttle and International Space Station.

She began her career at McDonnell Douglas in 1990 where she was a project manager. In 1993 she graduated from the Model-Netics Institute, an elite management consulting program. She then served as a change management consultant in the marketing and operations divisions of the Variable Annuity Life Insurance Company (an American General Company) until joining SPACEHAB in 1997.

Kimberly earned her Bachelor of Business Administration (1987)  and Master of Business Administration (1992), both from University of Houston-Clear Lake, where she was named 2005 Distinguished Alumni and recipient of the 2020 Marilyn S. Sims Leadership Service Award. She enjoys volunteering at the university through participation in student mentoring and career events, as a guest speaker for introductory business students and as emcee for the annual Alumni Association Awards ceremony.

She has served on several UHCL employee selection committees and previously served on the Alumni Association Executive Committee while supporting many other fun activities for University Advancement and Alumni Relations.

Kimberly currently serves as a board member for the Bay Area Houston Ballet and Theatre. She is the incoming treasurer and enjoys supporting the arts throughout the community. She is also a founding board member of  the Chris Reed Foundation, where she is secretary. In the organization’s first year, the board raised more than $30,000, distributed to meet the financial needs of youth continuing to trade school or college.

Kimberly is an award-winning writer and has been published or quoted in most national newspapers, major network television stations and numerous business and trade publications. She is featured in the book “Women of Space, Cool Careers on the Final Frontier.” She and her husband, Bryan, adopted two beautiful girls, Savannah and Sophia, and they love to travel the world. 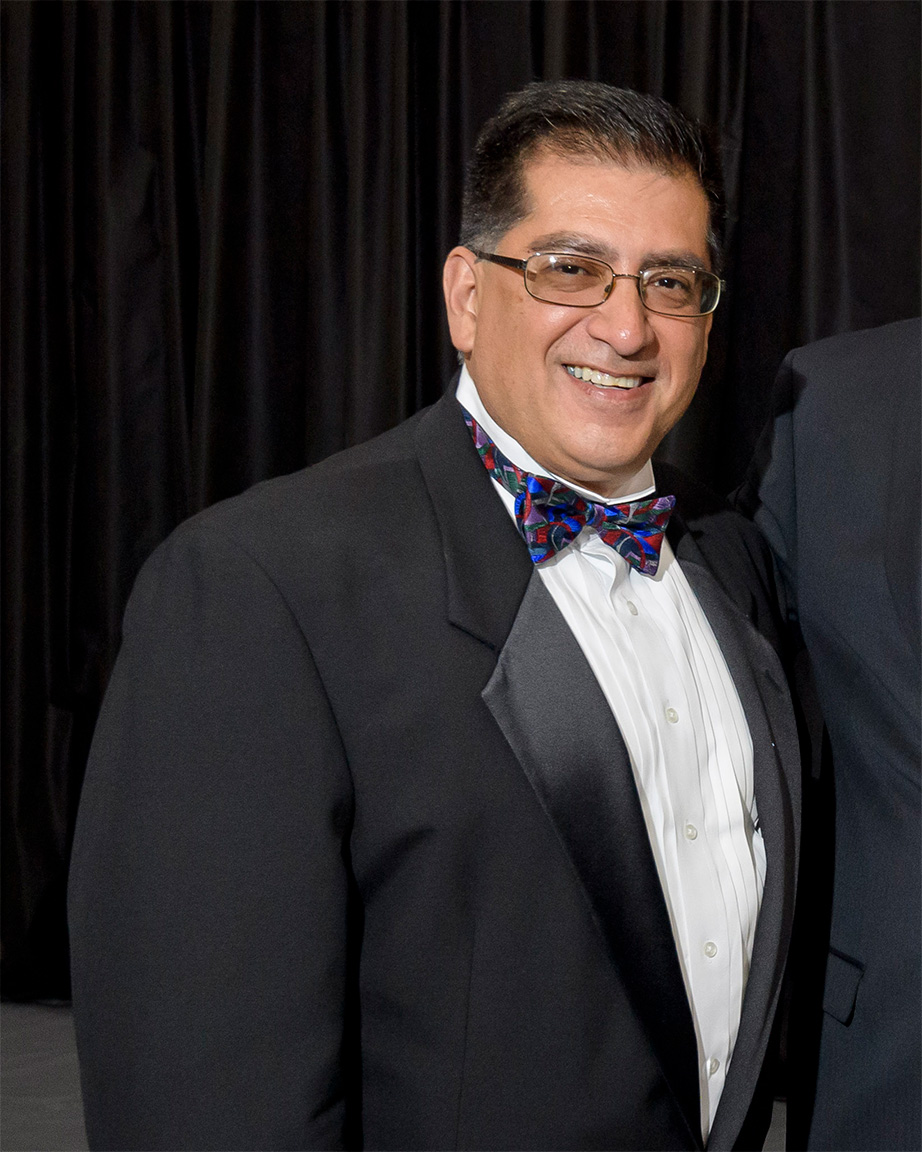 Randy Garcia (’12 MHA, ’96 MBA, ’88 BS) had several decades of industry experience in healthcare administration, human resources and information systems. He served as chief information officer of OCTG, LLP, a Houston-based oil and natural gas company, and was a founding partner of CG Global Healthcare Consulting, which provides management consulting and education services. At the time of his passing, he was the Chief Controller at South Texas Aggregate, a mining and construction company.

He was a prolific researcher and presented papers at conferences all over the world, as well as aboard cruise ships in the Caribbean, Alaska, Baltics, Mediterranean, and China/Japan on topics related to healthcare ethics, healthcare systems, and global business. Since 2014, he served on the advisory board of the International Conference on Medical Ethics, Healthcare Systems and Global Business Issues at Sea.

Randy co-authored several consultation reports for private, public, educational and governmental institutions in India and the US. He had the distinct honor of serving as the keynote speaker at the December 2017 National Society for Leadership and Success induction ceremony in Houston, and also served as an expert panelist at a major conference on issues facing CIOs now and in the future.

From the moment Randy stepped on campus, he was engaged and dedicated to a life-long relationship with UH-Clear Lake in support of students, faculty, staff and fellow alumni. He not only held multiple degrees from our university but also was a member of the Alumni Partnership Executive Board as well as the Healthcare Administration Alumni Steering Committee.

Randy was always ready to share his knowledge and experiences, as well as counsel and advice UHCL students and fellow alumni. He was a faithful volunteer and attendee at many university and alumni events. His commitment to bridging professional career, life, and university work was evident through his mentorship of others as well as his willingness to lead and serve on alumni committees.

His loss on Aug. 23, 2020 from COVID-19 has deeply impacted the UHCL community. He is survived by his mother, his three brothers (Rodrick, Raymond, and Reuben) and their families, his favorite uncle Ruben Trevino, with whom he shared a birthday, his son Ryan and daughter-in-law Anna, and four grandchildren.